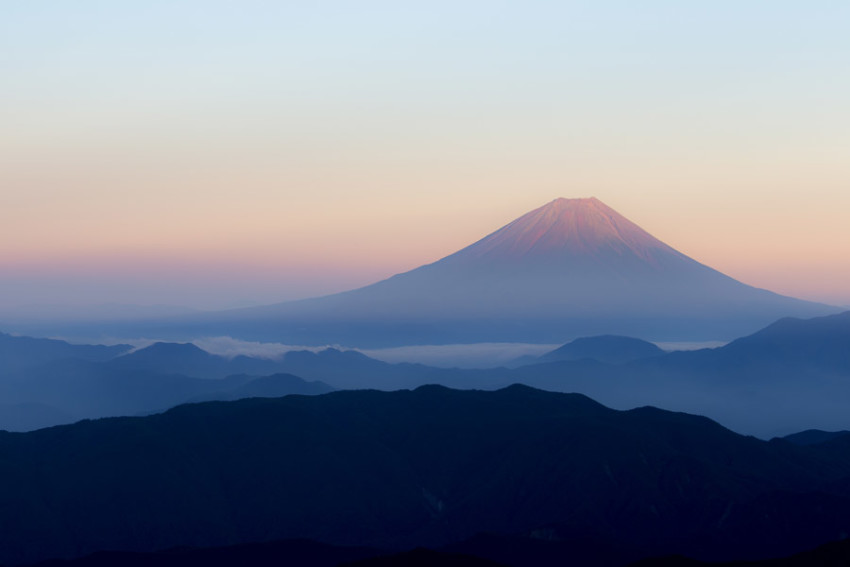 A general meeting was held by Yamanashi prefectural officials on Monday to discuss the feasibility of constructing a new railway line from the foot of Mt Fuji to the 5th Station. Currently, the 5th Station, where hikers usually begin their journey to the summit, can be reached by bus or car, on a prefectural toll road called the Fuji Subaru Line.

According to the working group looking into the matter, the Fuji Subaru Line would be the ideal route on which to construct a rail line, with a view to converting the current mode of transport from automobiles over to light rail. This would prohibit the passage of vehicles other than emergency vehicles on the route.

When Mt Fuji was registered as a World Cultural Heritage site in 2013, the United Nations Educational, Scientific and Cultural Organization (UNESCO) pointed out the need to curb visitors and expressed concerns about exhaust gasses in the area. The Mt Fuji mountain railway concept aims to help conserve the environment, in line with UNESCO’s recommendations, without negatively impacting tourism.

▼ Images of the proposed light rail can be seen at the 0:37 mark in the video below.

At the meeting, it was revealed that the round-trip fare being recommended by the working group is 10,000 yen, a rather hefty fare considering a return trip on the toll road currently costs 2,100 yen, a round-trip bus fare from the nearest station costs 2,300 yen and a return bus ticket all the way from Shinjuku in Tokyo to the 5th Station can be purchased for 5,800 yen.

The working group estimates the rail would be used by around 3 million people annually, and the predicted cost for the project stands at 140 billion yen. Before the project can go ahead, however, details such as the division of roles between public and private sectors, and technical issues regarding crisis management and railway safety, would need to be finalised.

However, the draft project has received initial approval, and officials from Yamanashi Prefecture plan to discuss further matters with city mayors and locals. While no start date for the project has been set, Yamanashi Governor Kotaro Nagasaki expressed his eagerness to continue discussions, and said he was glad the initial steps for the plan had been finalised, as it puts the project one step closer to being fully implemented.

Source: The Sankei Shimbun via Otakomu

-- 14 tips for visiting the Mt Fuji Shibazakura Festival, where beauti...