When does a boy become a man? Medieval millennials were just as hard to define as those of today. 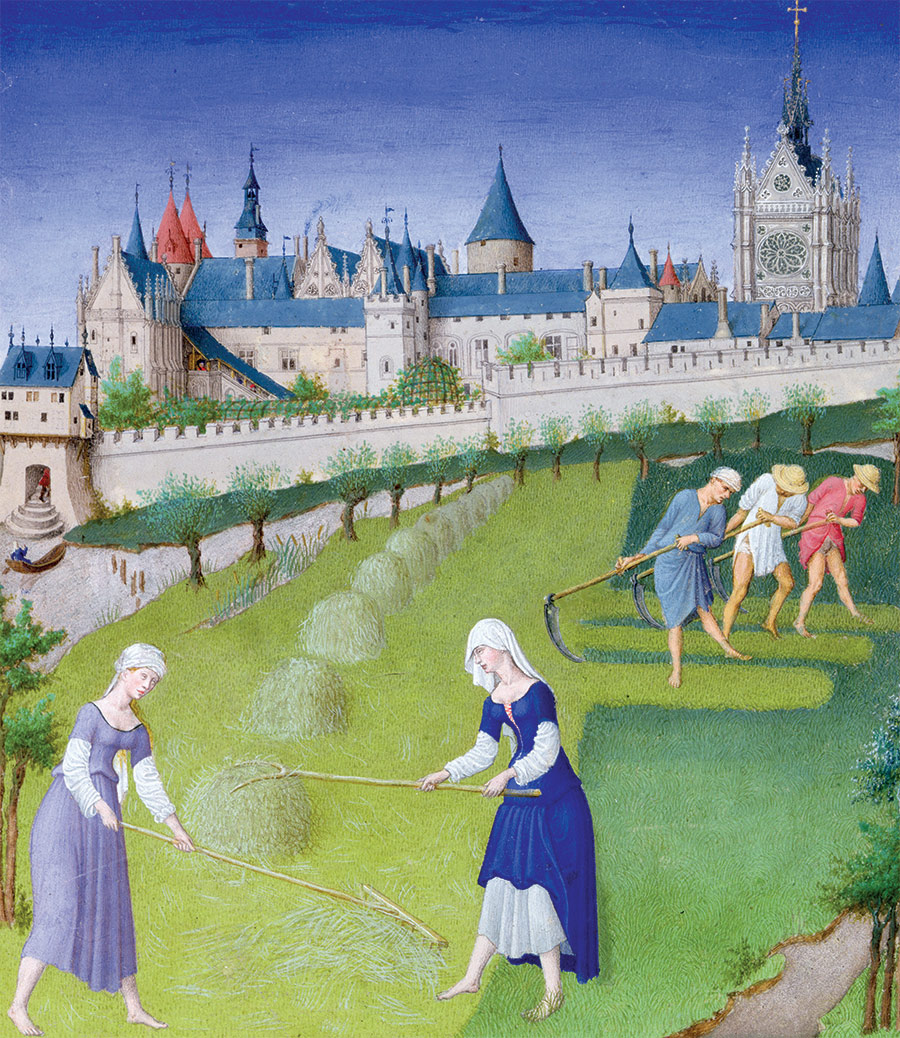 We have a tendency to associate youth culture with modernity, but medieval people were as anxious about youths as are today’s headline writers worrying about the rise of the ‘millennial’. As the poet John Lydgate (c.1370-c.1451) warned: ‘O lusty gallants in your adolescence, / ... When you are stirred to wanton insolence, / Restrain yourselves.’ We might also assume that extending youth beyond the teenage years is a luxury of a modern society, where life expectancy stretches into the eighties. But even in the late Middle Ages, when life expectancy was considerably lower, youth was a flexible category that could expand well into the late twenties and even thirties. So what were the defining characteristics of ‘medieval millennials’ and when did they stop being youths and start being adults?

It was easy enough to pinpoint the start of medieval adolescence. As the writer John Trevisa put it, it was a ‘full age to get children’: that is, entering puberty. When it ended, however, was less clear. As Avicenna, the great Persian philosopher, wrote in a work that was translated into Latin and widely disseminated throughout the Middle Ages: ‘There is the age of growing up, which is called the age of adolescence and commonly lasts until the age of thirty.’ Avicenna was contributing to the scholarship on ‘The Ages of Man’, used by many medieval thinkers to explain the stages of man’s life. While ‘man’ might be a universal term for humanity, these schemes make it clear they were not about female experience. The 13th-century jurist Henry of Bracton said a woman reached maturity when she was able to take on the responsibilities of a housewife, but few other writers concerned themselves much with the female life cycle. Women were believed to experience the prime of their lives during adolescence, as this was the age when they were considered to be most spiritually pure and physically beautiful. For a female youth, adolescence was tied to her ‘maidenhood’ – both her youth and her virginity – and so with marriage and the loss of her virgin status she was usually perceived to have exited the most ‘perfect age’ of a woman’s life. In short, girls usually became women because of their relationships with men: when they left their natal families and became wives. Boys’ transition to manhood was a longer and more variable process.

Humoral theory connected adolescent bodies with adolescent behaviour. The excessive heat and moisture of male youths predisposed them to hot tempers, lustfulness, courage and sociability. These physical and mental characteristics were considered to continue well past the age of physical puberty. It was in the late twenties or thirties that youths’ bodies cooled and dried sufficiently that they became reasonable, even-tempered and ready to head their own households as husbands and fathers.

How did this theoretical imagining of adolescence translate into practice? In legal terms, such a relaxed attitude towards the onset of adulthood was not possible; fixed ages were required for legal purposes, such as the age of consent and the age of inheritance. In canon law, boys were considered rational enough to give marital consent after the age of 14, but legal majority for the purposes of inheritance was usually reached at the age of 21.

Legal thresholds were established to provide a minimum age, of course, but social practice seems to have been more flexible. London law put the age of majority at 21, but exceptions might be made based on the character of the heir. The 13th-century treatise On the Law and Customs of England explains majority in terms of reaching critical competency. If, for instance, ‘he is a son of a burgess, he is taken to be of full age when he knows how to properly count money, measure cloth and perform other similar paternal business. Thus it is not defined in terms of time but by sense and maturity’.

Marriage was understood in similar terms. While a boy might have the capacity to understand consent at the age of 14, resulting in the canonical minimum age for marriage, this was not the socially desirable age to wed. Age at marriage for males in medieval England varied across social groups, but among the gentry and mercantile elites we find a consistent avoidance of young adolescent marriage, with men marrying in their mid-twenties and women a little earlier. Where males married in early adolescence, it was usually because they were wards and their guardians had sold their marriages (a common medieval practice) or married them to their own children. The gentleman Thomas Stonor purchased the wardship of John Cottesmore in 1470 and later that year seems to have married him to his daughter Joan. Even in these circumstances, there is plentiful evidence that, even if young adolescents were married off, they often did not live as husband and wife until later. In 1453 Sir Thomas Clifford married his young daughter Elizabeth to Sir William Plumpton’s 18-year-old son William: ‘The said Sir William promised the said Lord Clifford that they should not lie together till [Elizabeth] came to the age of sixteen years.’ Contracts for dowries often stipulated that the dowry should be returned if bride or groom died before the age of 16, suggesting that before this the marriage would have gone unconsummated. Medieval people were well aware that the sexual maturity of adolescents did not necessarily translate into physical capability for parenthood; indeed, they believed that the children of young teenagers would likely be weak and sickly babies.

Adolescents were still growing: not just physically, but also intellectually and emotionally. Marriage and parenthood were not appropriate for those who were in a stage of life characterised by growth, exploration and learning. For male youths, the medieval concept of adolescence seems to have been closer to apprenticeship than to puberty; this age of growing up was also an age of growing into responsibilities, of acquiring the skills and maturity required to be a man.

Rachel Moss is Lecturer in Late Medieval History at the University of Oxford.