I’m sure every worldwide stamp collector has heard about the Panama and Panama Canal, and likely most have even few stamps from the area in their collection. But I’m quite sure that most people (especially outside US) have very little knowledge about the history of Panama and Panama Canal. It is an interesting story, and it also involves a little known campfire tale of a stamp that possibly changed history. 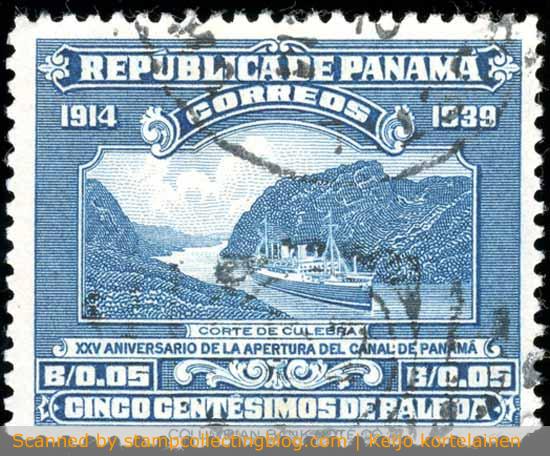 1939 Panama. 25th Anniversary of Panama Canal; Michel #267. RMS Rangitata was an ocean passenger liner that was operated by the New Zealand Shipping Company between London and Wellington, New Zealand, via the Panama Canal.

Our story begins in late 1840s and the early days of California gold rush. At the time California was a distant outpost, and the people living in western states of US had three choices of route to California: A six month boat trip around the tip of South Americas; or a long, hot and dangerous walk/ride across the US continent; or a somewhat shorter and safe boat-train-boat trip via Panama. Between 1848 and 1869, about 600,000 persons crossed the Isthmus of Panama on their between New York City and San Francisco. 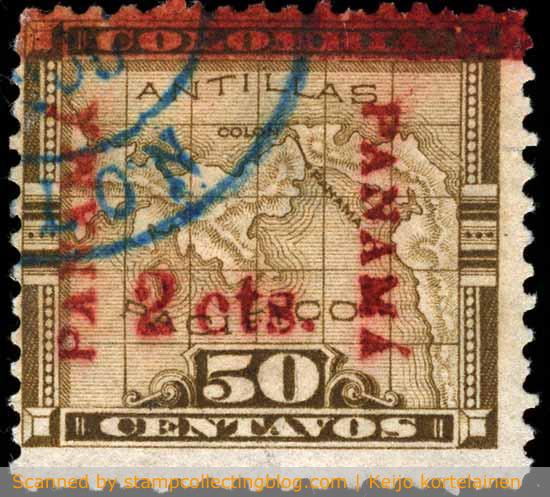 1906 Panama. Isthmus of Panama. The state of Panama was born in 1903, before it was just a province of Columbia. Not so surprisingly, the first stamps of Panama were overprints of Columbian stamps. Michel #66.

As the industrialization grew in late 19th century, the need for easy and safe water passage between the Atlantic and Pacific Oceans rose quickly to matter of highest importance around the world. The French were the first to attempt build Panama Canal in early 1880s; and they succeeded to good lengths in excavating the current canal area. The Americans on the other were much more interested and involved about possible canal route via Nicaragua. In both 1897 and 1899, US congress charged a Canal Commission to look into possible construction, and Nicaragua was chosen as the location both times.

However, things started to change in the turn of century. For starters, the French initiative failed simply because they run out of investor money in 1889. A new effort was launched 1894, but it never really took off mainly because of U.S. speculation that a canal through Nicaragua would render a Panama canal useless. And this is where our stamp story comes along.

By 1902 the French investors were anxious to cut their losses in Panama, and offered sell all their franchise and equipment to the Americans for $40 million. However, the US Congress remained in favor of the Nicaraguan route, and it seemed that the Senate too would follow with this decision. The lobbying on both sides was fierce, but then fortuitous events changed history. In May 1902 Momotombo volcano overlooking Lake Managua erupted and it was covered in news stories around the world. 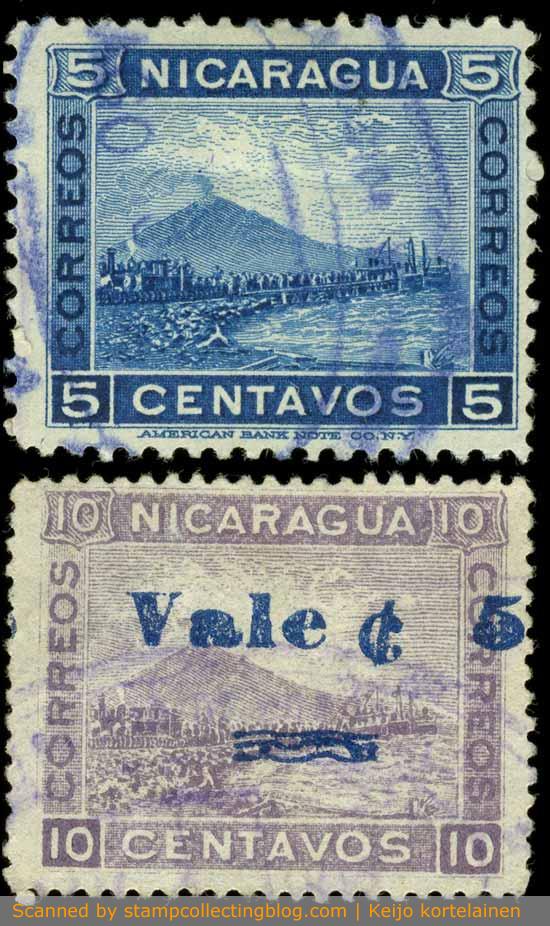 1900/1904 Nicaragua. Momotombo and Managua lake. The overprint in below stamp makes a fun word game in Finnish: The translated spanish word 'vale' means true; but in Finnish language 'vale' means a lie.

The Panama canal lobbyists tried to convince US senators that event as such could destroy canal if it was ever built to Nicaragua; naturally the Nicaragua officials declined such statements and promoted Nicaraguan soil as safe and peaceful as the Panama. The US senators seemed to believe the Nicaraguan officials more, and the agent of Panama Canal company, Philippe Banua-Varilla, was preparing to leave Washington as a defeated man when his friend gave him a Nicaraguan stamp of the 1900 issue showing Momotombo in action. Inspired by this, Banua-Varilla is said to have made the rounds of Washington stamp dealers and bought enough to send one to each Senator with a note pointing out that this was an official Nicaraguan admission that its volcanoes were very active! The Senate voted, and the Nicaraguan canal proposal was defeated. 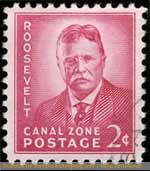 
There’s one more twist in the tale… Teddy Roosevelt, who was US president at the time believed that it was of strategic interests of US to have full control of canal across Central America. As the diplomatic approaches with Columbia failed, Roosevelt implied to Panamanian rebels that if they revolted against Columbians, the U.S. Navy would assist their cause for independence in exchange for rights to control canal zone. Panama proceeded to proclaim its independence on November 3, 1903, and the USS Nashville in local waters impeded any interference from Colombia. The Panamanians returned the favor to Roosevelt by allowing the United States control of the Panama Canal Zone for US$10 million. Panama Canal Zone remained as US territory till 1979 when US officials started handing over official control of the canal to Panamanians.


To be continued… The fourth, and final part of my Central American odyssey will be released in few weeks time. In the meantime, feel free to contribute your thoughts, opinions and comments as usual