A travelogue disguised as a piano concerto, plus music for harp and harmonica 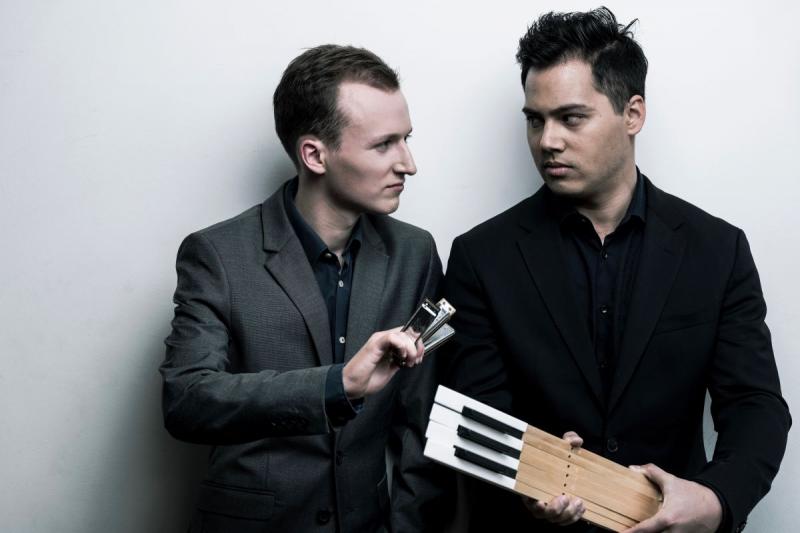 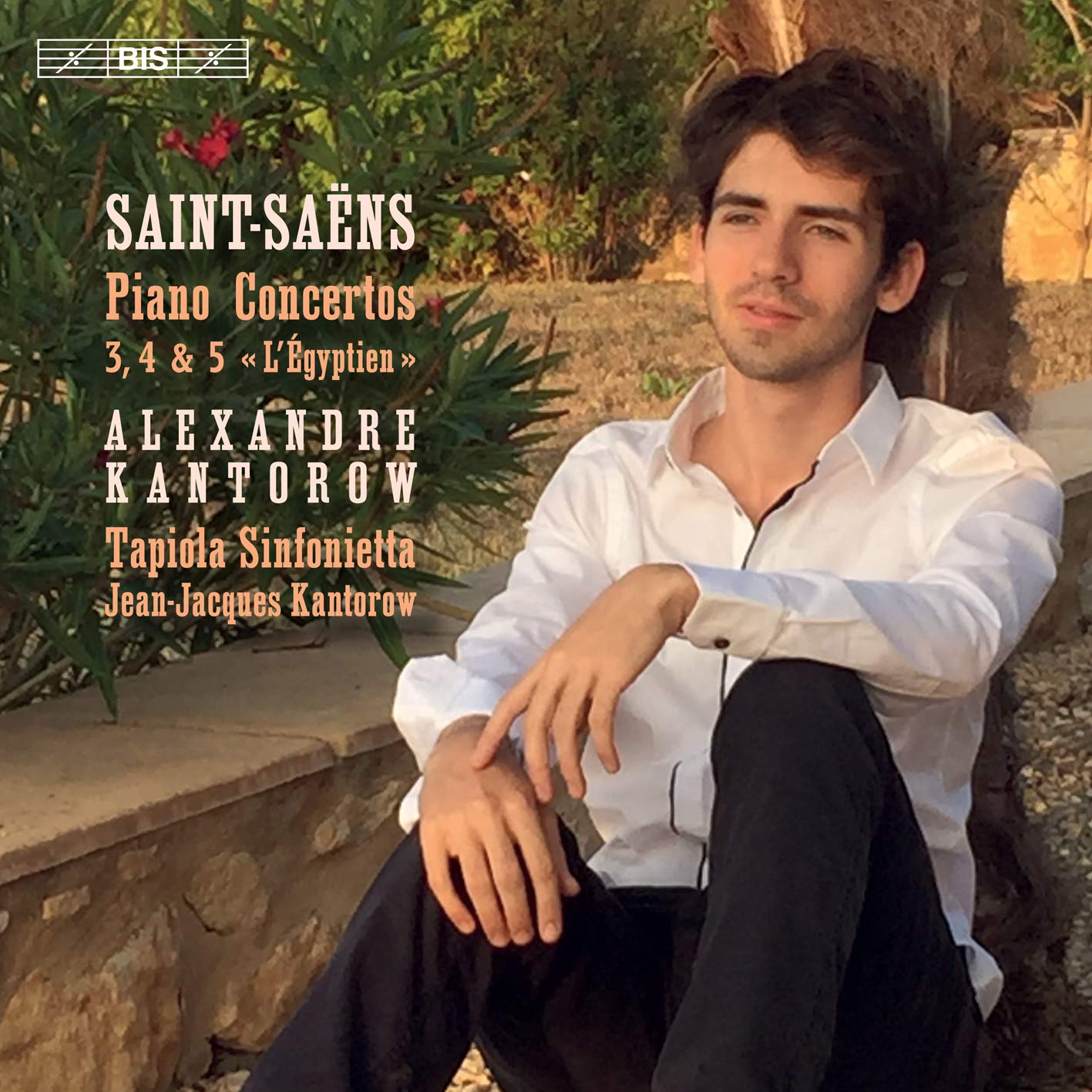 Saint-Saëns’ five piano concertos are a pleasure no one need feel guilty about indulging in. My current go-to cycle is a scratchy 1950s French set from Jean-Marie Darre, full of fizz and colour. Does Alexandre Kantorow measure up? Definitely: this generously filled CD is electrifying. Why not begin with Concerto No 5, a late work written when the composer's star was in the descendant, upstarts like Debussy and Ravel about to steal Saint-Saëns’ thunder. Subtitled “L’Égyptien” and composed in Luxor, it has a staggering slow movement, “a sort of Eastern journey that goes all the way to the Far East.” Saint-Saëns quotes a melody sung by ferrymen on the Nile before suggesting the noises of crickets and frogs. He also throws in convincing guitar effects and an ear-tickling Javanese gamelan. You won't have heard anything quite like it. Saint-Saëns’ goofy finale expresses “the joy of a sea voyage” in some style. It's not Brahms, but it's 28 minutes of superb, sophisticated whimsy recommendable to anyone in need of cheering up. Alexandre Kantorow is superb, blending muscular athleticism with real delicacy. You can sense him smiling as he plays, and there's sleek backing from the Tapiola Sinfonietta conducted by his father, Jean-Jacques Kantorow.

Concertos 3 and 4 aren't quite so arresting, but both contain superb music. No 3’s crepuscular slow movement is magically handled here, and there's a crowd-pleasing coda. More formally interesting is No 4, its pair of two-part movements anticipating Symphony No 3, even down to themes reappearing and transforming as the concerto progresses. Hopefully the Kantorows will record the other two before long. BIS’s engineering is warm and detailed – an irresistible feelgood disc. 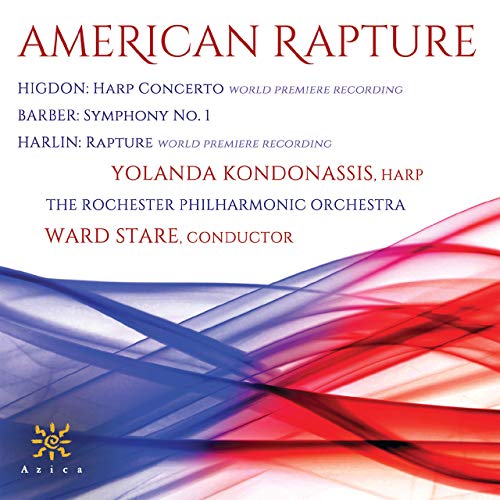 Jennifer Higdon's Harp Concerto succeeds in managing to avoid too many harp clichés, underplaying any angelic baggage with writing which is, in soloist Yolanda Kondonassis’s words, “strong, agile, lyrical, feisty and energetic.” Purists might frown, but having the soloist amplified works well, “a good way for the orchestra to play out without feeling stifled and for the harp to have increased presence.” It's an immediately engaging piece, Higdon's transparent scoring allowing Kondonassis to shine: the rapid fingerwork in the second and fourth sections wonderfully secure. Though, for all the fireworks, the concerto's heart is its slow movement, the solo harp accompanied by a succession of solo instruments. There's nimble support from Ward Stare’s Rochester Philharmonic, dazzlingly secure in a live recording.

I'd not heard Samuel Barber’s Symphony No 1 for years. It's craggily impressive stuff, its single movement structure cannily constructed, though repeated listenings serve to reinforce how much more coherent is Sibelius's 7th. Still, it’s well worth investigating, the language suggesting at various points Roy Harris, Vaughan Williams and Herrmann, with just a few hints of the composer’s ubiquitous Adagio for Strings. Stare keeps the work from sprawling, and there's plenty of bite in the closing pages. Finally there’s Patrick Harlin’s Rapture, propulsive, giddy and sometimes manic music which convincingly evokes the extreme emotions experienced by ‘ultra-cavers’ far below the earth’s surface. Interesting, offbeat repertoire, nicely recorded and very well performed. 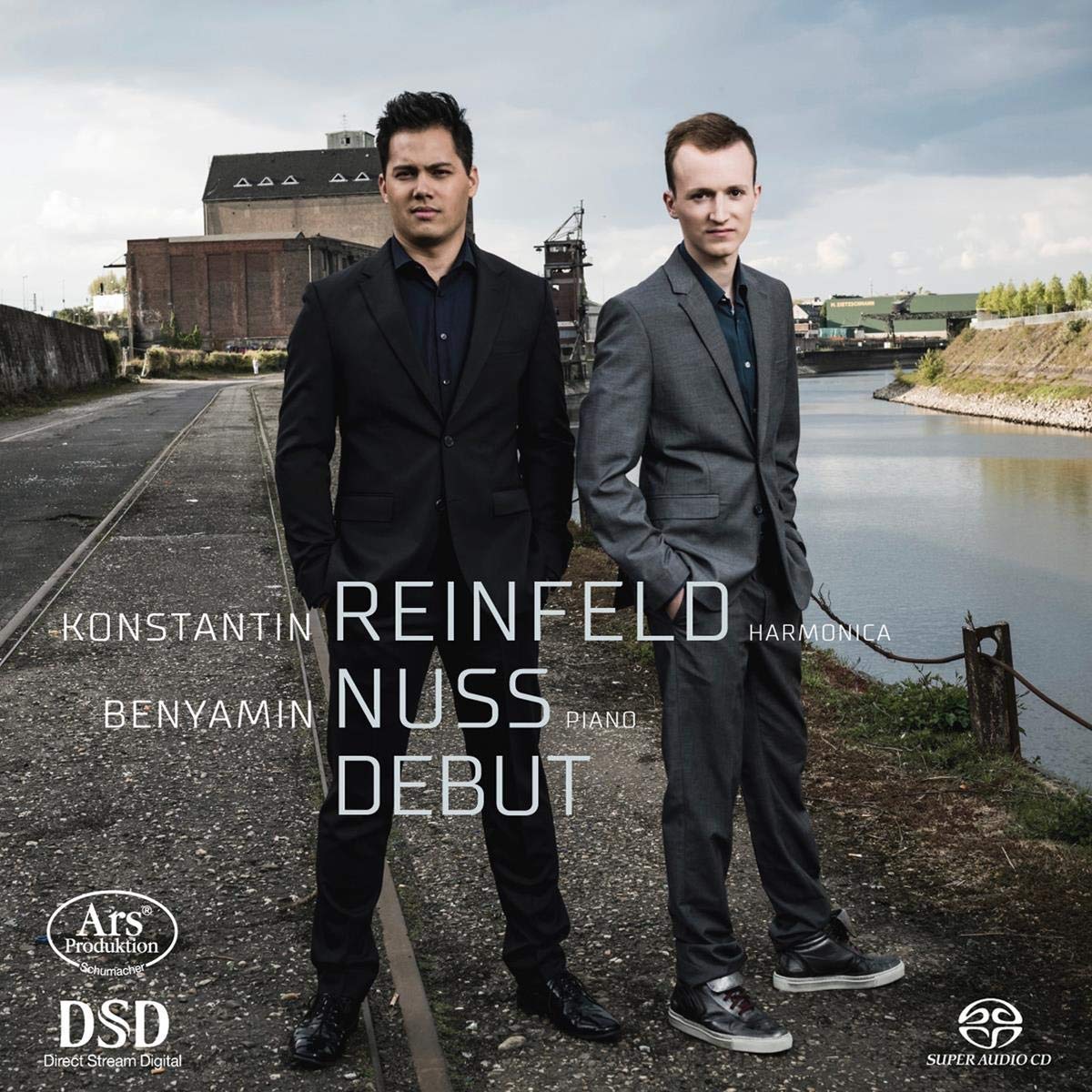 Think harmonica virtuoso you might recall Tommy Reilly’s name, a hugely influential player who honed his skills whilst interned in German prison camps during World War 2. Chandos have just released an anthology of Reilly recordings, but here we've a new recital from a brilliant young German player. Unlike Reilly, Konstantin Reinfeld uses a ten-hole diatonic harmonica, the chromatic notes reached by varying the air pressure and ‘bending’ the pitch. It's a pleasingly human, vocal sound, and much of this disc’s magic comes in hearing how successfully Reinfeld makes his Hohner instrument do his bidding. A Bachflute sonata is dispatched with winning grace and delicacy, pianist Benyamin Nuss a sensitive, sharp-witted accompanist. Even better suited to the harmonica is a transcription of Bartók's Romanian Folk Dances, Reinfeld teetering on the very edge of audibility in the tiny third number and throwing up sparks in the closing Fast Dance.