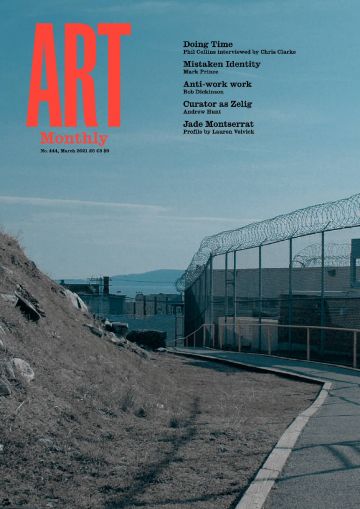 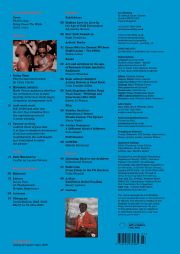 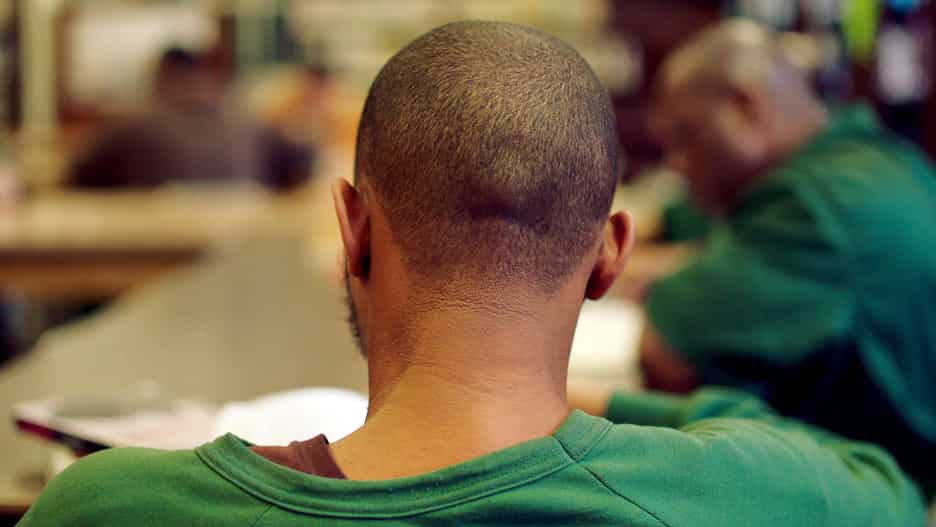 Phil Collins, Bring Down The Walls, 2020

To live with prisons is to live in a prison, so the abolitionist perspective was crucial to the project, especially since reform is but a modality of upholding the system, of reproducing the existing order. 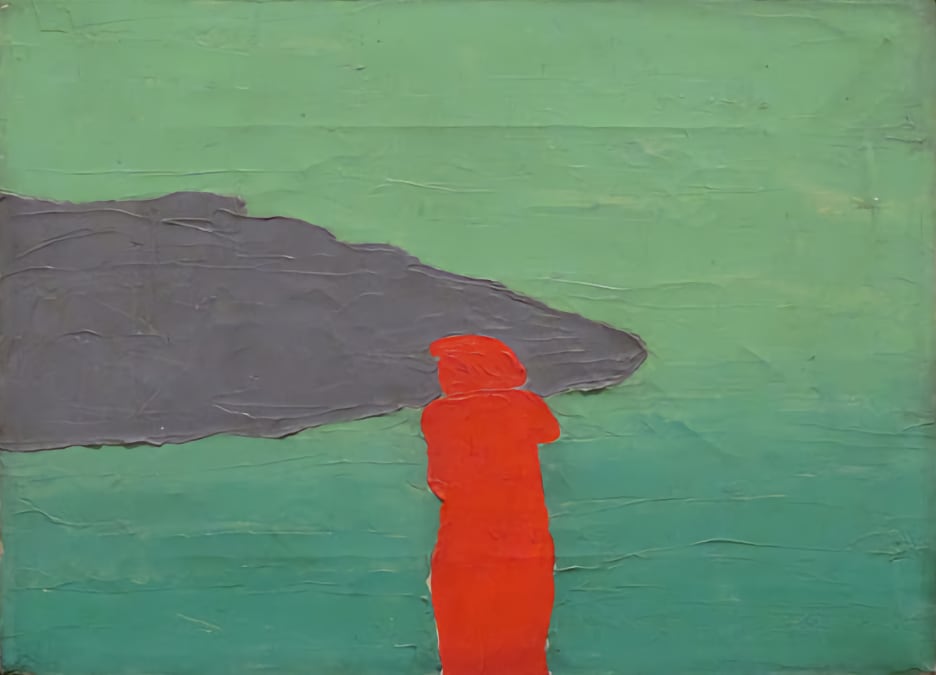 As with Jutta Koether’s wonky triangles, or Forrest Bess’s ultimately uncrackable code, it is abstraction which allows David Hammons to absolve himself of the identity in which his art casts him, and have it be conferred on, and limited to, the art itself, in contradistinction to the rules of contemporary identity politics.

Forced Entertainment, Out of Order, 2018

Deferral, time-wasting, and taking your time are all tried and tested ways of escaping from the temporal clutches of work, but imagination has also been invaded and made to do work. This is what the Italian Autonomist movement calls ‘immaterial’ work, where we create value through our imaginative involvement in cultural production. 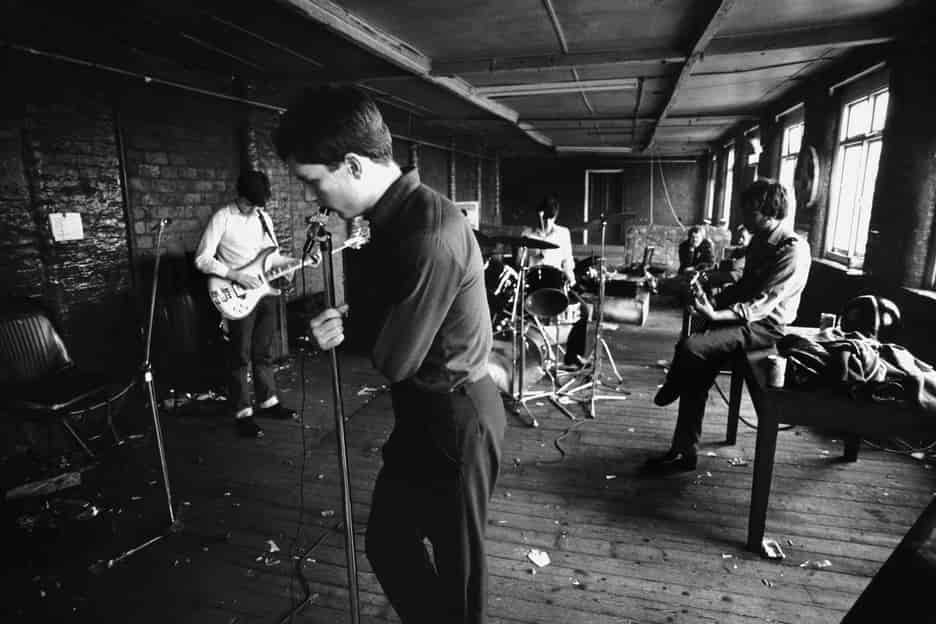 Andrew Hunt argues that it is time to abandon hierarchies of culture and allow the marginalised, the self-taught and overlooked to enter the picture

It is important to consider the background to recent curatorial tropes in which the prevalent narrative is not to do with the ‘selfie’ but with a trend towards identifying with pivotal moments, as if to say: ‘that’s me in the picture’. 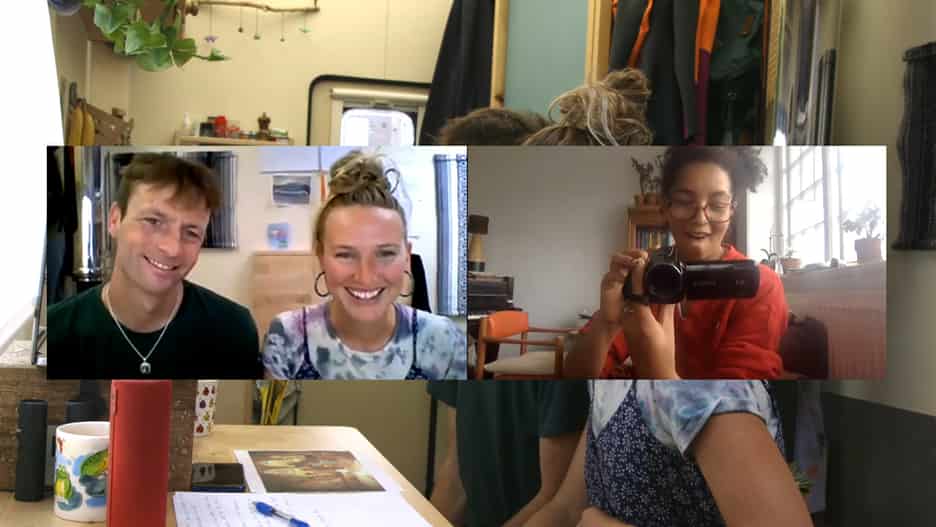 Jade Montserrat’s generative and non-extractive modes of operation are deeply informed by her dedication to anti-racism, often at great personal cost, which has involved confronting the explicit and implicit ways that racism, imperialist attitudes and specifically anti-blackness are enacted and encountered in cultural spaces.

The 700th anniversary of the death of Dante has given many commentators the chance to repurpose his Inferno for their own visions of Hell, but the real-life tale of the nationalistic squabbling over his bones for co-option and commemoration is the more relevant tale for our times.

One of the reasons Dante’s Divine Comedy has continued to inspire generations is the portrait, often satirical, that Dante draws of society, which has resonated down the centuries. For one thing, he placed bankers, many of whose names would have been recognisable to his readers, in a lower circle of Hell than murderers.

My impetus in writing the report was to give voice to the concerns of many of my Black peers about the types of diversity initiatives being undertaken at the time, not the concept of ‘diversity’ (a term rightfully contested now) itself.

Looking Back in Anger

If it’s so easy for progressive politics to be recuperated, it might be worth asking whether those politics were ever so radical in the first place.

There is a small problem with this unwitting participant narrative, however, and that is the right-positive libertarianism of ‘Boxed In’ and its overall emphasis on individual responsibility as the solution to structural inequality.

The issue of toxic philanthropy is raised by artists over MoMA’s support for board member Leon Black; the Guerrilla Girls reveal that they cancelled their publishing contract with Phaidon when they discovered it was owned by Black; Cuban artists begin legal action to remove the country’s controversial culture minister; a new safety guide is published for artists under threat; hundreds of artists in Moscow face eviction; Goldsmiths staff carry out industrial action; the Netherlands government adopts the most progressive restitution laws in Europe; Coventry plans a central art storage hub for the ACE Collection; plus the latest on galleries, people, prizes and more. 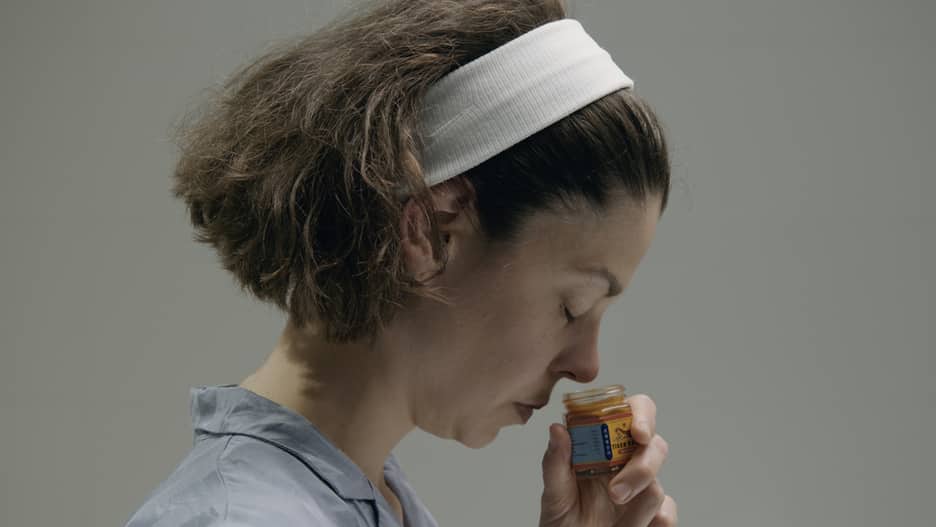 Modern Love (or Love in the Age of Cold Intimacies)

At the heart of an exhibition that explores how the internet and social media have altered and, in some ways, trivialised our experience of love and intimacy is a nostalgic longing for closeness, physical presence and romance which harks back to a more analogue era. 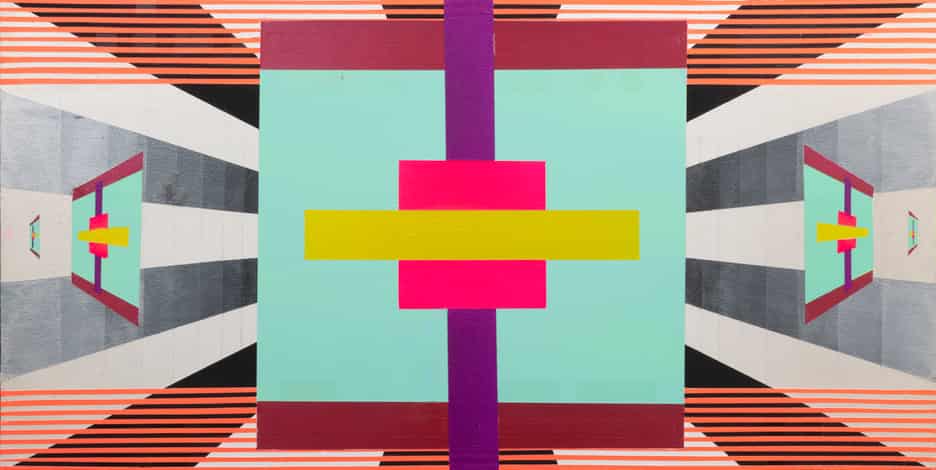 Five loosely themed exhibitions reshuffled several artists between them, designed, I suspect, to showcase artworks as one would see them at a booth rather than in a museum or gallery context.

Dissent Without Modification is a self-portrait through interlocution. No single interview could achieve as rich a profile of Grace Ndiritu as that generated by these seven conversations. In that, it is an exceptional document, one of which many artists might rightly feel jealous. 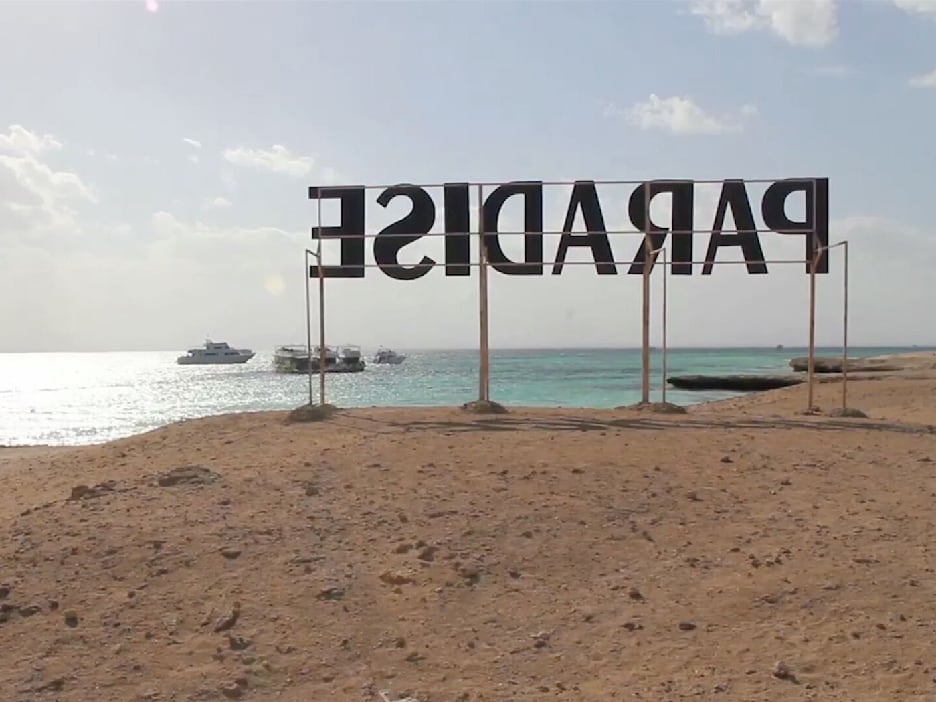 Dream Away film still from the cover of Art and Activism

Art and Activism in the Age of Systemic Crisis: Aesthetic Resilience

The essays include useful case studies of ‘aesthetic resilience’ as ways to nurture the survival of endangered radicalism – alternative and oppositional practices – in a rapacious corporate world that co-opts and markets critique and innovation even when under systemic crisis.

Sean Ashton’s lyric voice comes through loud and clear, and so what the book presents us with is a question about where subjectivity resides in the poetic act, whether it can be renounced or fully abjured. Like all the most interesting conceptual practices, this is a book that nuances poetic subjectivity rather than negating it.

The book acknowledges not only the importance of the informational network Siegelaub constructed to locate his projects and the influence of these methodologies on contemporary curating, but also how his work emerged from discussion, collaboration and investigation, a messier and more contingent kind of experimentation that has often been streamlined to fit specific types of historicisation, the results of which were often contested by Siegelaub himself.

Paradoxically, the drive towards bodily resilience exposes the body’s vulnerability, the building of muscle strength favouring some body parts and not others in the girls’ drive to win. 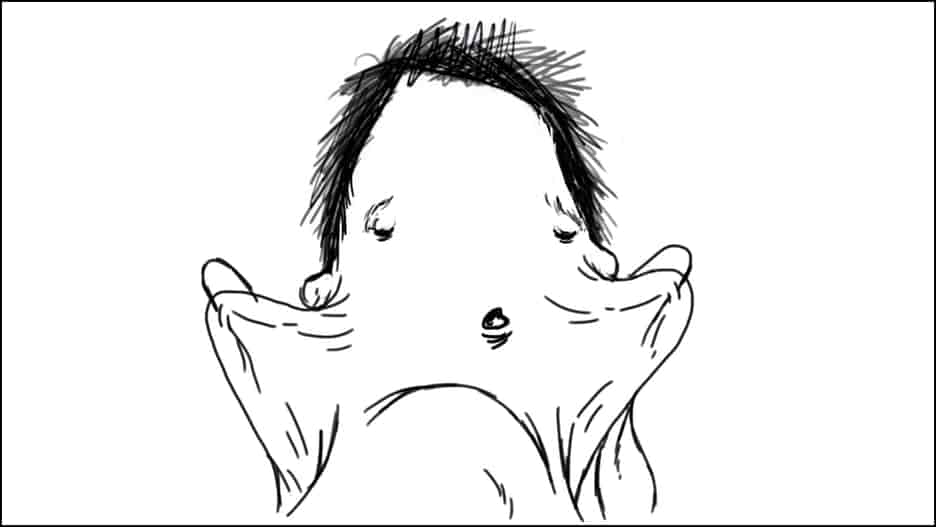 Baseman’s work frequently addresses subjects outside his lived experience. He is acutely aware of the potentially problematic nature of this, but at no point does A Different Kind of Different feel exploitative. His interview-based practice and method of creative non-fiction are founded on consent and a deep respect for his participants/collaborators. 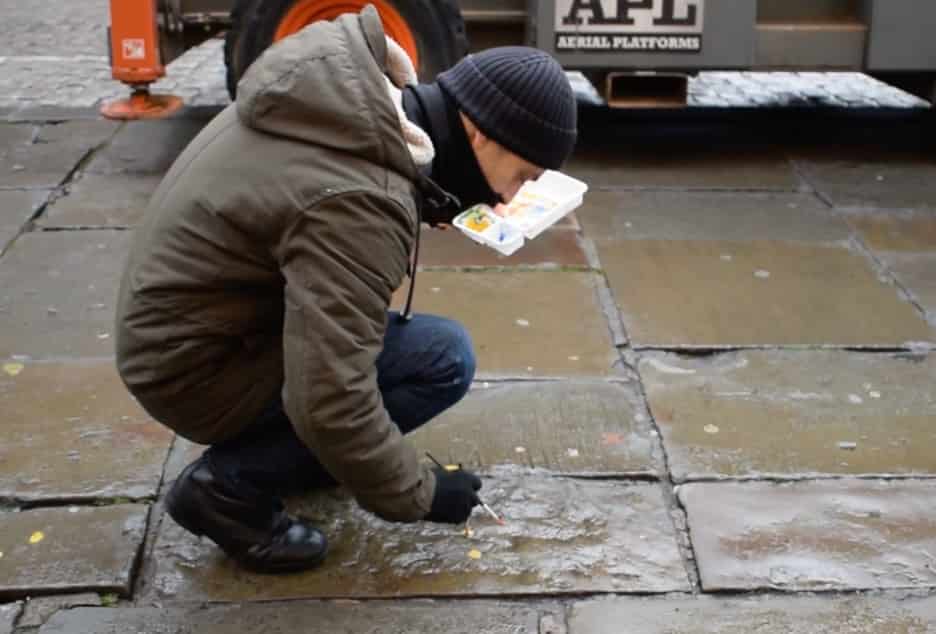 Covering a distance of just over a mile and a half – a walk that would usually take around half an hour – ‘LOITER’ elongated this journey to a period of two hours, slowing down the pace and turning a familiar and well-trodden route into an experience that felt disembodied and sometimes dreamlike. 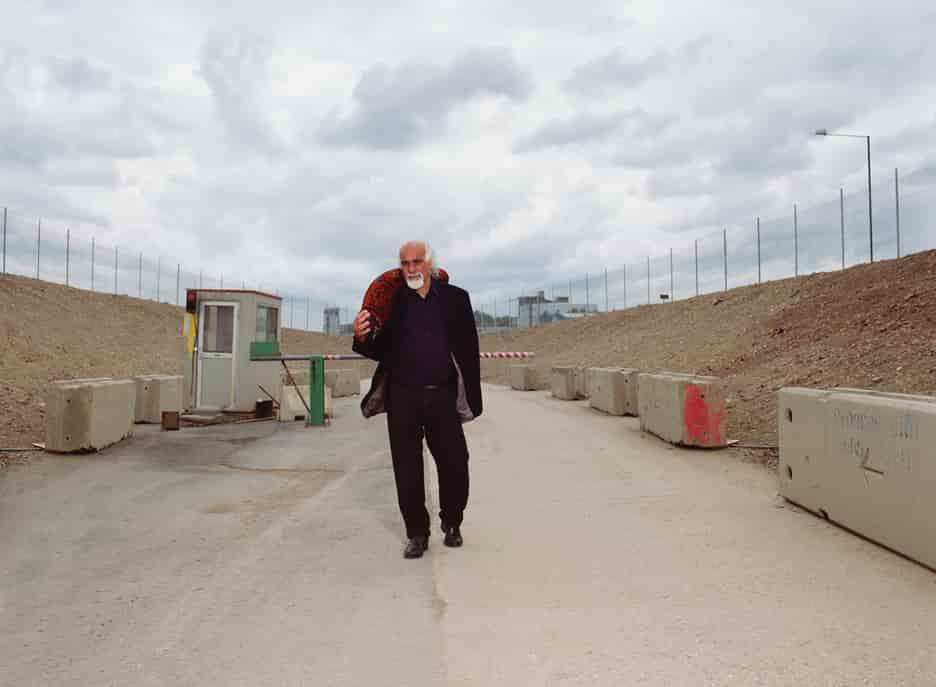 Mitra Tabrizian, Road to Nowhere, 2005
from the series ‘Borders’

Listening Back to the Archives

Mohammad Namazi considers the work of Mitra Tabrizian, John Akomfrah and Gurinder Chadha, amongst others, to question the ‘cultural memory’ of the archive and its colonial legacies

Although the recent drives for decolonisation in many UK institutions has seen an engagement with so-called minority groups, there is the possibility that problems can be disguised under new languages of coloniality. 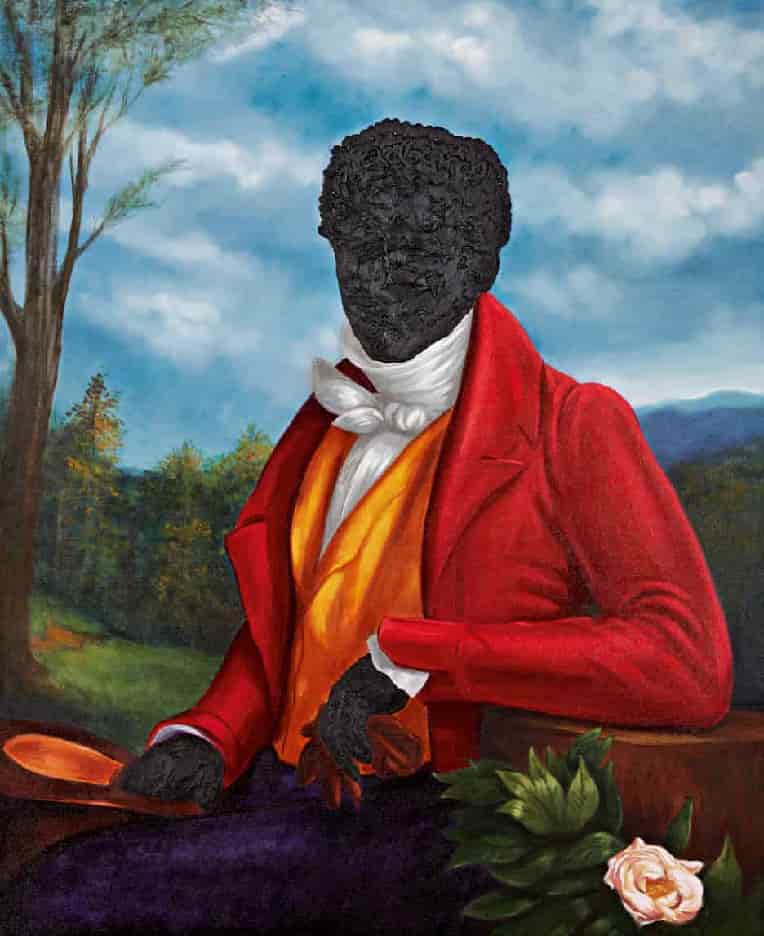 A Pandemic Chronology
Part Two: From Frieze to the US election

Hales Gallery had raised Frank Bowling’s price levels for the first time in his long career to such a point that sharks were bound to be circling. Next month Hauser & Wirth celebrates its catch, staging its first show for Bowling. At one level, this is great for black art generally, but it does have an uneasy echo of colonial land grabs – white businessmen looking to profit from black labour. But the revaluation is, of course, taking place within a much broader context.

A key reform is to allow ‘live art’ events to qualify as exhibition content (performance art and other live components of museum and gallery exhibition and display are currently excluded from the scheme).