An Annotated Edition and Translation of The Older Law of Västergötland: The Rightless Code 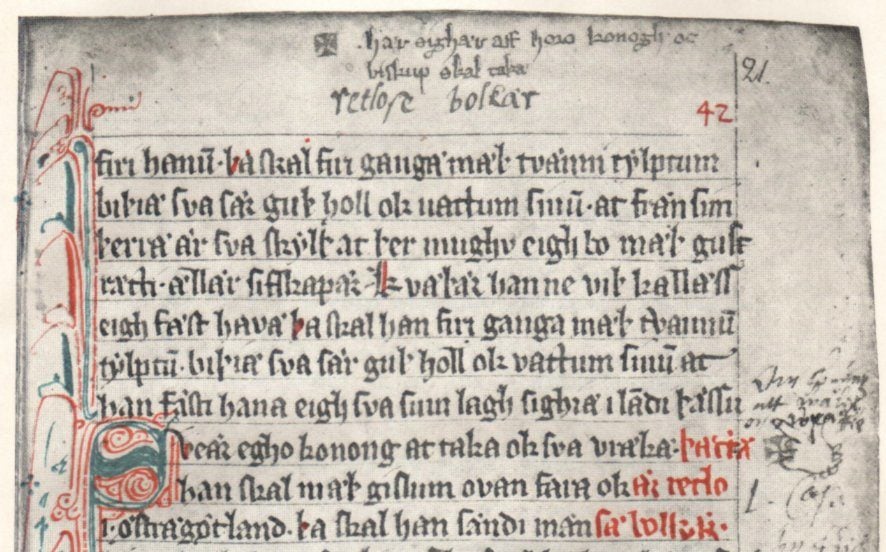 An Annotated Edition and Translation of The Older Law of Västergötland: The Rightless Code

Abstract: The Older Law of Västergötland is the oldest surviving text in Old Swedish and marks the beginning of parchment manuscripts written in the vernacular in Sweden. As a result of its primary status, the law code has received a lot of attention in Sweden, but very little scholarship on the text has appeared outside of Sweden and practically nothing in English.

The section of the law presented here in the original Old Swedish accompanied by an English translation comes from the most famous part of the law known as Rætløsæ bolkær (The Rightless Code), where the process of electing the Swedish king is discussed, as well as a passage that mentions the punishment for accusing someone of witchcraft. An annotated glossary of the Old Swedish text and detailed commentary on the translation is provided at the end.

Click here to read this article from The Heroic Age: A Journal of Early Medieval Northwestern Europe