The painter, writer, educator and self-described ‘art appreciator’ invites us to follow and think alongside her

+2
BY TAUSIF NOOR AND AMY SILLMAN IN FEATURES | 02 MAR 21
https://www.frieze.com/article/amy-sillmans-philosophy-of-doubt

Amy Sillman has been studying the Bible. Specifi­cally, the artist has been looking at the Five Books of Moses – or Torah – with their litany of travails, victories and epiphanies of a people exiled in search of a homeland. Though she has Jewish roots, Sillman approaches her studies with secular enthusiasm, teasing out bathetic moments in scripture that have a decidedly humanist appeal. In these stories, lessons are continually being imparted and events occur one right after another, alternating between tragedy and comedy, salvation and punishment. When I ask why she’s drawn to the Torah, she replies that the texts are fitting for the present moment of isolation, ‘a crazy chronicle of people arguing, complaining, getting things wrong, haggling and being fucked up’.1 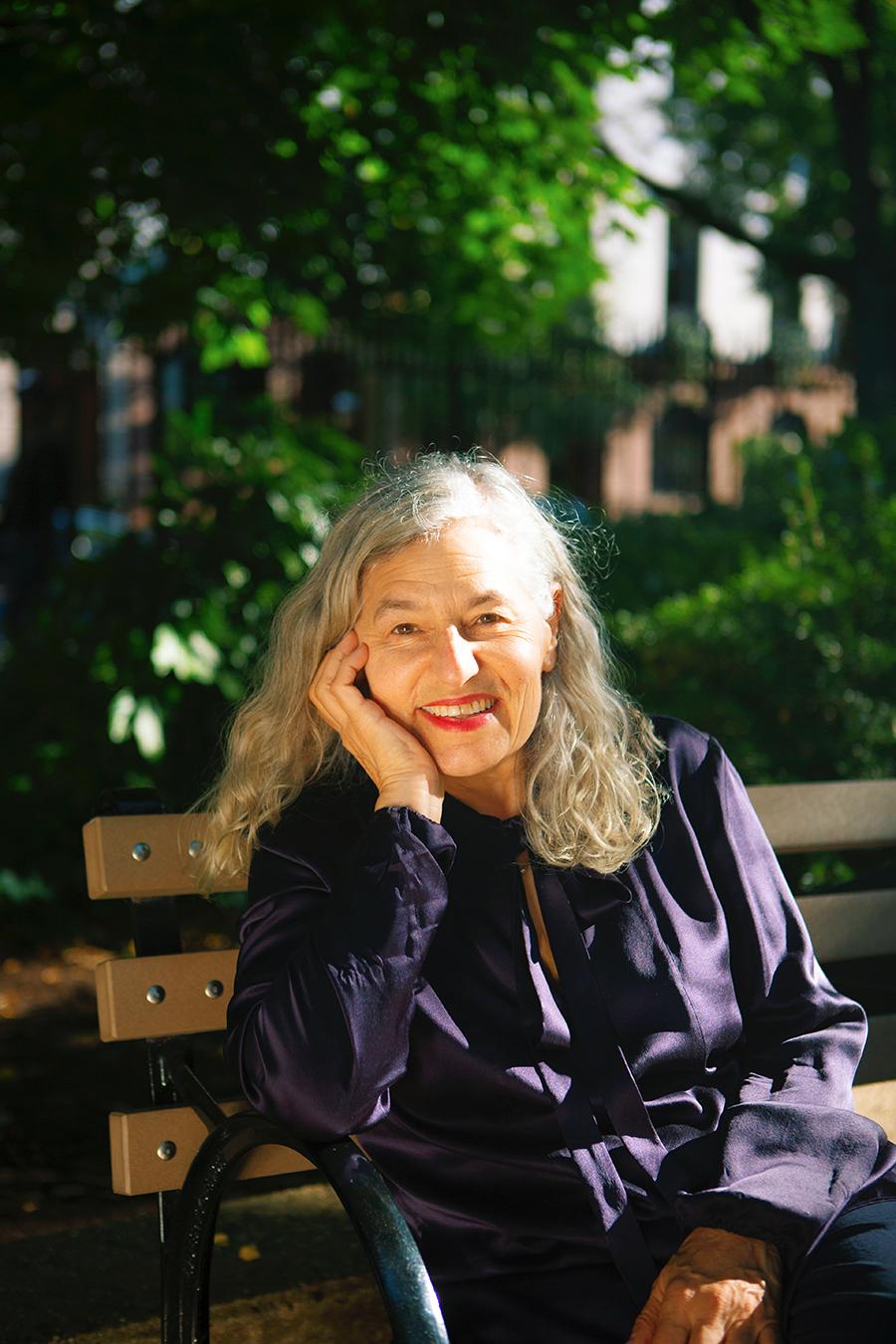 For more than four decades – across painting, drawing, animation, zines and an increasing corpus of writing – Sillman has combined a dialectics of intimacy and awkwardness, self-deprecation and prowess, figuration and abstraction. She has developed a pragmatic philosophy of painting that mobilizes doubt, treating mark-making not as a grand testament to an artist’s skill but as an invitation for us to follow and think alongside her. The curator Helen Molesworth has deemed Sillman’s approach to painting as exemplary of a virtuous ‘unknowability’ and describes this as emblematic of a feminist ethos in a historical lineage that includes Virginia Woolf, Jacqueline Rose and Judith Butler, one that counters the combination of ‘mastery and power’ that has defined art-historical cults of genius.2 Over the years, as she steadily amassed her own cult following, Sillman has maintained a studied agnosticism in her practice, following trails of wisdom across religion, literature and art history. 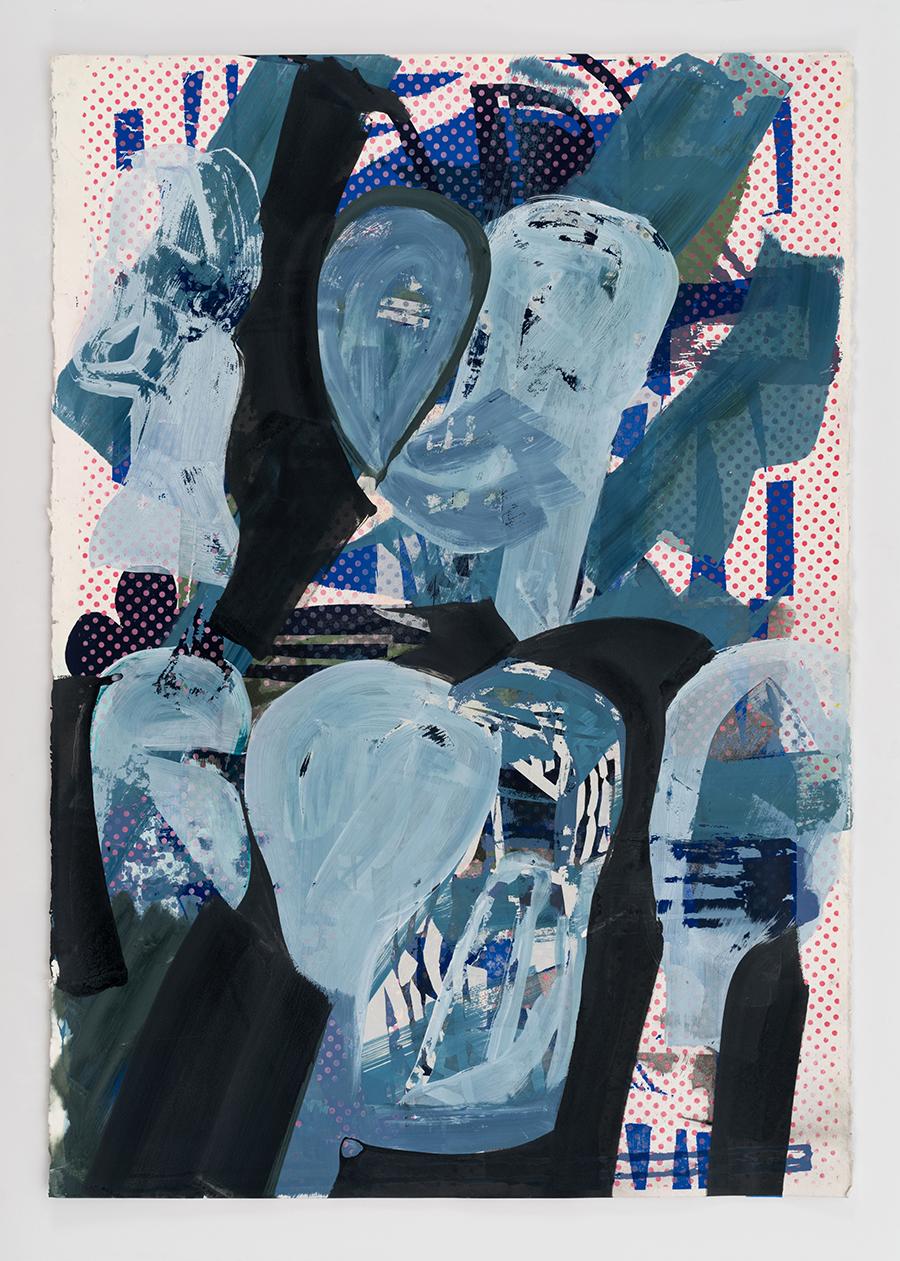 Above all, Sillman embraces the pleasure of process for its own sake: a concept she centres in her teaching. For several years, she was co-chair of the painting department at Bard College, where she received her own MFA in 1995. Last December, in an online lecture to students at the Cooper Union, Sillman laid out an incomplete list of first principles, among them negation, chance, humour and improvisation. ‘You’re looking for a structure by moving the parts around, but you’re building a new language, with just the signal-to-noise ratio with your body-knowing,’ she said.3 Over the years, she has transformed her dicta, but her message essentially remains the same: keep moving.


Sillman has always been interested in language. As she told me last autumn, during a socially distanced conversation at her home in New York, where she spends her time when not at a small rental cottage on Long Island’s North Fork, the failures of communication have long held a particular interest for her. As an infant, her parents took her to Germany, where they sold encyclopaedias to military servicemen; when they returned to Detroit, where Sillman was born, her parents split up and Sillman spent her childhood shuttling between her father’s home in Detroit and her mother’s house in Chicago, never quite feeling comfortable in any one place. At age 18, after studying briefly in Wisconsin, working as a canner in Alaska and travelling in Japan, she moved to New York to study Japanese at New York University, hoping to become an interpreter. The language didn’t stick, but training in Japanese brushwork fed her interest in art so, in 1975, she enrolled in the painting department at the School of Visual Arts, where a friend told her she could study animation. 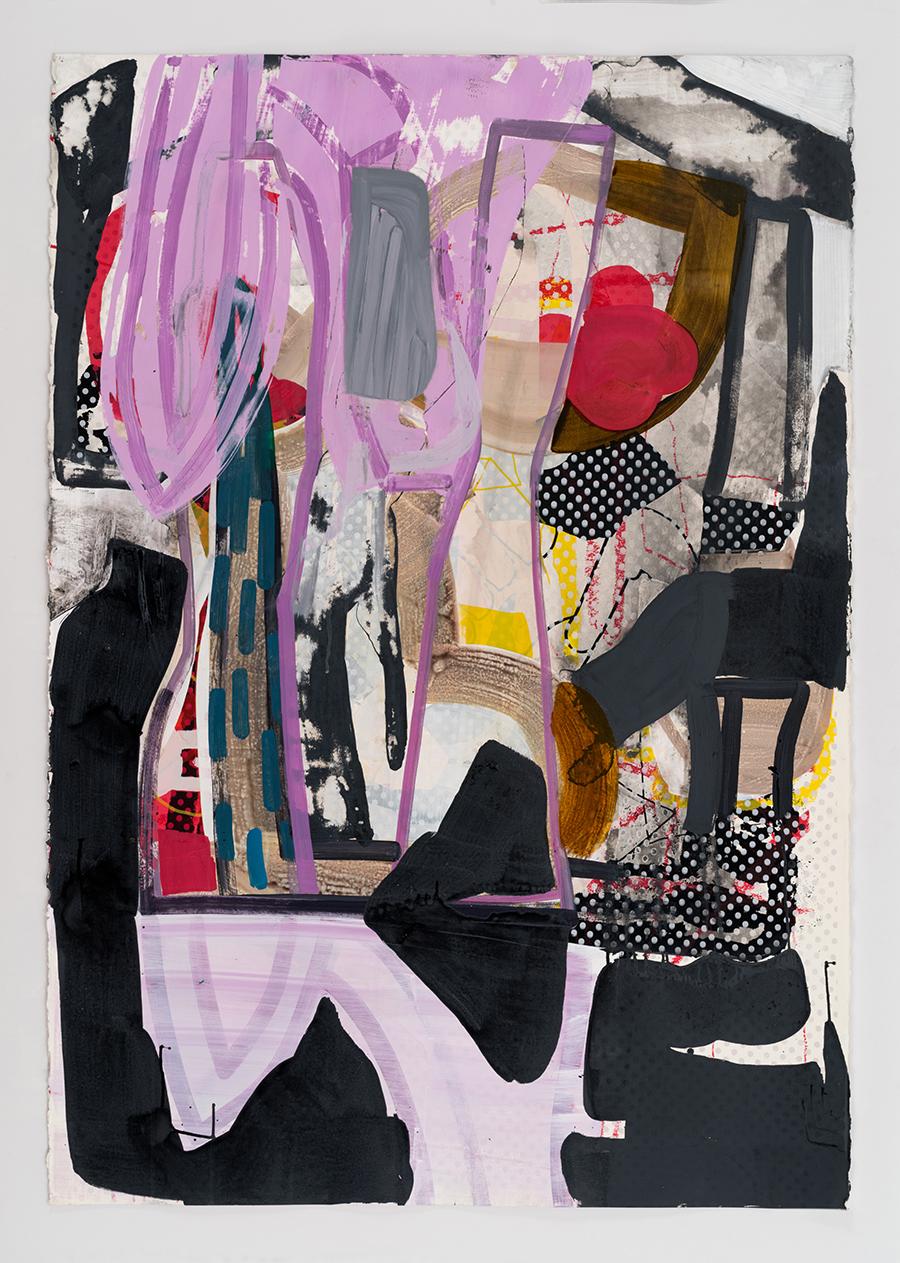 Sillman was educated in the twilight hours of the abstract expressionist movement, which provided ripe material for the DIY, queer feminist scene in which she immersed herself. Ab ex taught her about erasure, gesture and chance; New York taught her everything else. She attended Kipper Kids performances and punk rock shows, took in art house offerings at the Millennium Film Workshop and the Film-Makers’ Cooperative, and went to see Brice Marden at the Guggenheim – all the while defining her own practice as a painter. In ‘Ab Ex and Disco Balls’, a 2011 essay originally published in Artforum and included in Faux Pas (2020), a selection of Sillman’s collected writings over the past decade published by After 8 Books, she recuperates abstract expressionism from the masculinist interpretations that have coloured it in recent years, insisting instead on its ‘active embrace of the aesthetics of awkwardness, struggle, nonsense, contingency’. Its sense of discomfort fed her own painterly innovations. In 2009, while living in Berlin on a fellowship that required Sillman and her cohort to attend dinners with formal seating arrangements, she transposed her feelings of alienation and anxiety into annotated table plans scribbled with imaginary art-world characters – such as the Gucci-clad ‘Queen of Mean from Stuttgart’, Ms Wanda Dibbelschaft – which are reproduced in all of their neurotic glory in Faux Pas. 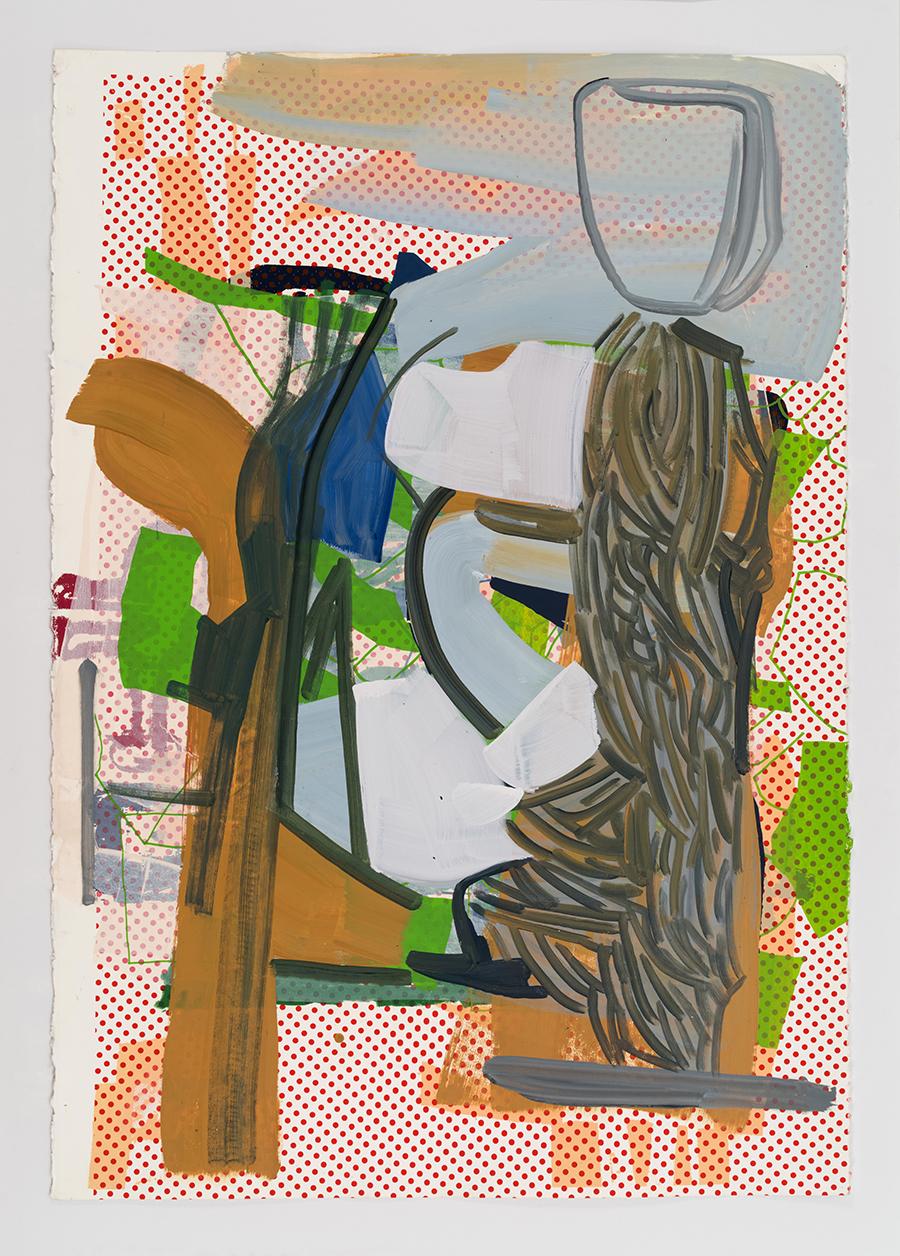 Sillman’s writing is mordantly funny and precise. Faux Pas features passionate arguments on John Chamberlain, Eugène Delacroix, Rachel Harrison and Laura Owens – each a delight to read. Sillman doesn’t consider herself a critic so much as an appreciator of art, inserting herself only when she feels she can add to the conversation, overturning and examining the problems to which others have failed to pay sufficient attention. In 2019, when the curators at New York’s Museum of Modern Art approached her to organize the Artist’s Choice exhibition for their new rehang, Sillman pondered why, to her knowledge, there hadn’t been any good writing on shape. The exhibition she organized, whittled down to just 75 objects from an initial selection of 800 pieces in the museum’s collection, hopped across art history and featured heavyweights such as Paul Cézanne and Marcel Duchamp, cult favourites like Christina Ramberg and Hannah Wilke, as well as those never before exhibited at MoMA, like the British artist Prunella Clough. Accompanied by a lengthy zine, ‘The Shape of Shape’ became, for many critics, the highlight of MoMA’s reopening, offering a fresh, subjective look at the corpus of a largely Eurocentric modernism. 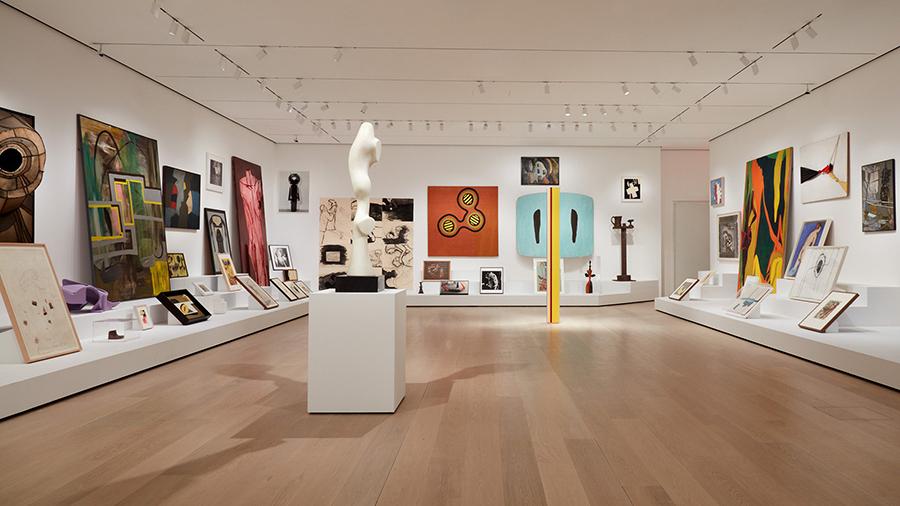 Amy Sillman, ‘The Shape of Shape’, 2019–20, exhibition view. Courtesy: the artist and Museum of Modern Art

Under Sillman’s discerning eye and buoyant prose, the fundamentals of painterly practice – shape, colour, line, composition – become enlivened with spirited digressions, detours and entry points that match her approach to pedagogy. The painter Maryam Hoseini enrolled in Bard’s MFA programme in 2014 specifically to work with Sillman, only to realize, upon arrival, that Sillman had just taken up a professorship at the Städelschule in Frankfurt. Nonetheless, she observed that Sillman – who served on Hoseini’s thesis committee – is above all interested in dialogue, which she approaches the same way she does the canvases in her studio: turning questions upside down, folding them up, reopening them to set them alight. ‘With Amy, it’s never just one thing, either. It’s always contradictory and complementary: a constellation of art, love, teaching, politics, being social. It’s a matrix,’ Hoseini told me when we spoke last December.


Sillman’s ideal students are people who are as invested as she is in the power of formalism. She tries to teach her students things that she wasn’t taught as an undergraduate: how to articulate themselves in language and artwork, how to follow their instincts with enthusiasm rather than restraint. ‘I had all the right basic instincts as an undergrad but zero confidence,’ she told me. ‘No one helped me sketch out the logic and language of critical thought in regard to painting.’ Sillman, in turn, has learned from her students about topics as various as Iranian holidays, disability studies, e-girls and e-boys, and about ‘whiteness, its privileges and its assumptions’. To the best of her ability, she offers her students ‘clear, straightforward criticism with the minimal amount of negativity and shame possible’. 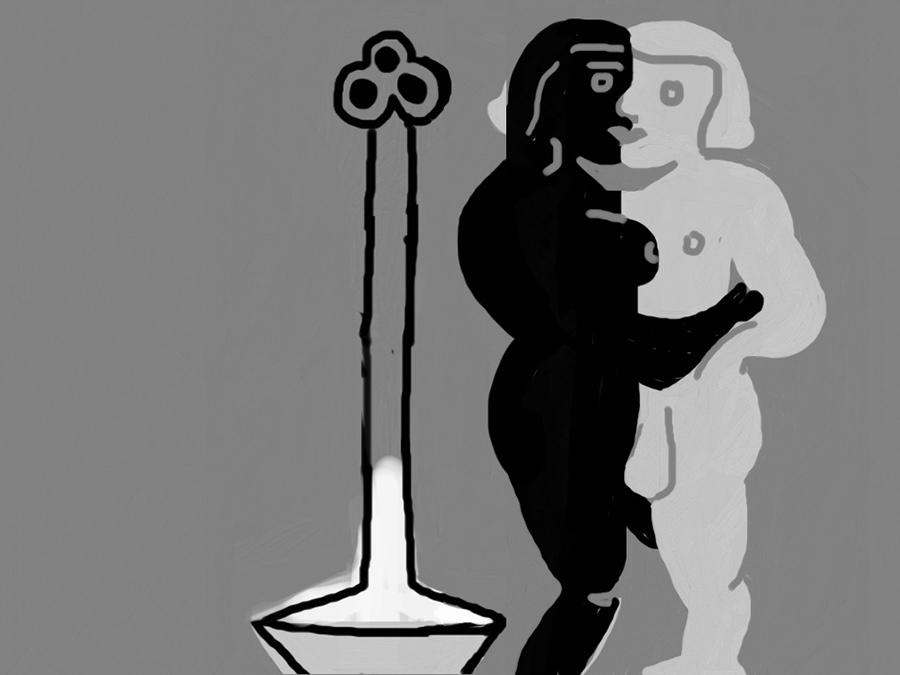 Since her early affiliation with queer feminist collectives in downtown New York, including the artist and activist editors of the lesbian feminist journal Heresies, Sillman has hewn closely to the vagaries of counterculture, whose loss she laments even as she ascends in her acceptance by the mainstream. The spirit of the 1970s still exists, Sillman insists, as does the spirit of failure as a fundamental component of art school – but only in certain places. ‘I really teach a way of working against amnesia and the extinction of ideas and objects I love,’ she wrote in a 2015 Q&A with Spike magazine. ‘I teach to transmit the intimacies of a practice to younger people who want to know about a certain kind of attitude toward painting, the kind in which a slow material practice is linked to a kind of philosophical position.’


In the early months of the COVID-19 pandemic, with infection rates soaring and the political terrain of the US increasingly slippery, Sillman relied on her philosophy of uncertainty as a kind of stable ground. While her approach to teaching – now shifted online – remains the same, her painting method had to adjust to new materials and accommodate the anxieties of not knowing whether she could show new work, see her friends or paint in her studio. Unable to find appropriate canvases near her Long Island home during lockdown, Sillman painted delicate, relatively small watercolours of flowers at her kitchen table – a selection of which were shown in autumn 2020 at Gladstone Gallery as part of her solo exhibition ‘Twice Removed’. The flowers were interspersed among more familiar experiments on canvas and paper, large-scale works that featured collaged layers of digitally printed patterns amidst swathes of muddied brown, with patches of green and grey that cohere and dissipate into gaping holes. These paintings were pinned to the gallery’s walls and hung frieze-like in long, horizontal stretches, both close to the floor and at eye level. They resonated with Sillman’s extant preoccupation with the dynamics of the figure-ground relationship, while also offering renewed freedom to partake in the pleasures of mark-making, distilling signal from noise and experimenting with decoration. ‘It’s nothing new,’ she assured me. ‘It’s just more of what I believe turning out to be true.’ 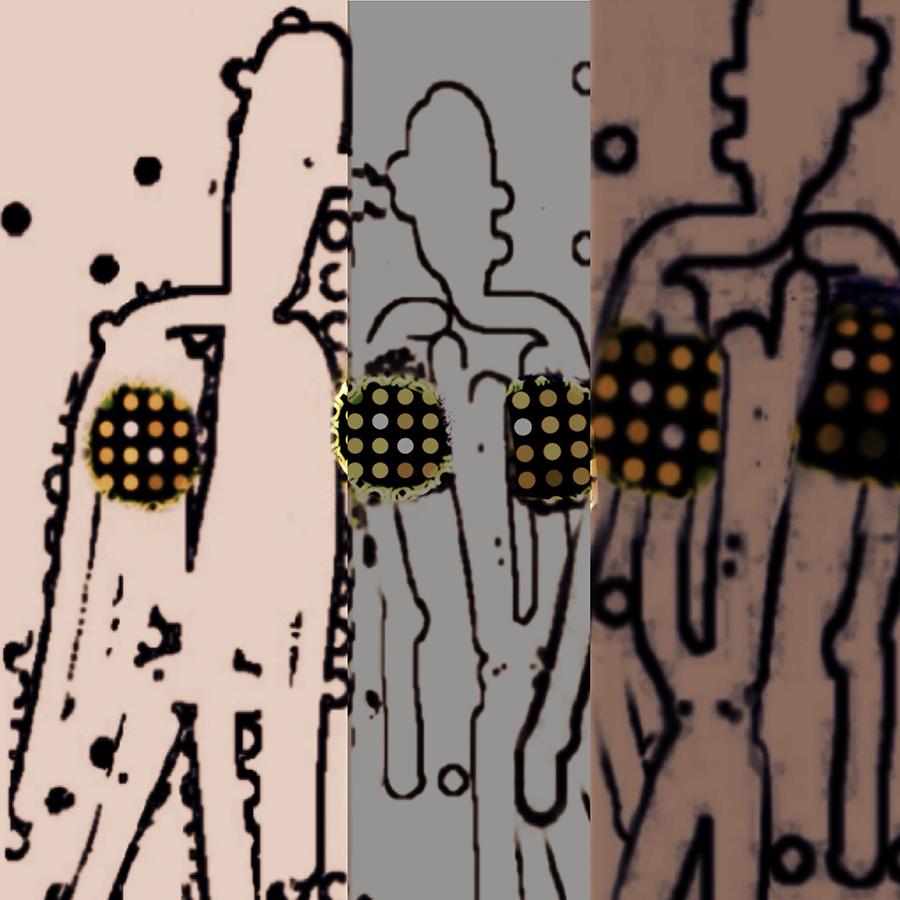 The forms may not be novel for Sillman, but the tightly placed horizontal arrangements engage the eye and direct the body around the gallery space, the sequential formatting encouraging a dynamic interaction between the viewer and the static painting. In a sly gesture of intermediality, the paintings recall Sillman’s works from the late 1990s and early 2000s – analogue precursors to the digital videos and iPad animations she would produce in 2009.  She hopes to start a new body of work in a large book or video format that she can develop slowly and steadily, continually drawing on her formative years with experimental filmmakers as well as her more recent collaborations at the intersection of film and painting with artists such as Leidy Churchman, and her animated accompaniments to poems by Charles Bernstein and Lisa Robertson. 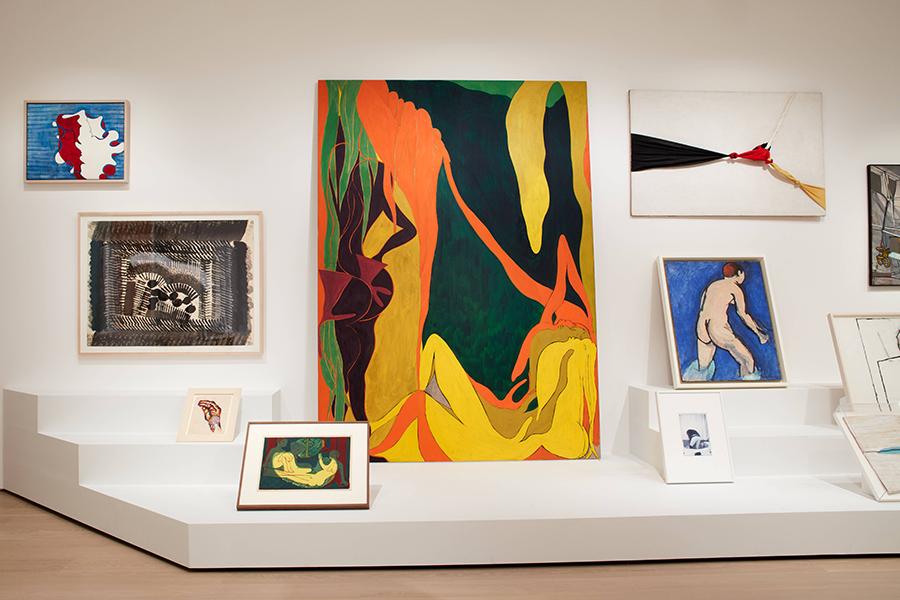 Amy Sillman, ‘The Shape of Shape’, 2019–20, exhibition view. Courtesy: the artist and Museum of Modern Art

‘I don’t know how knowledge is made,’ Sillman confessed in a 2019 conversation with art historians David Joselit and Michelle Kuo for October, occasioned by the opening of ‘The Shape of Shape’. ‘But’, she added, ‘I feel like I’ve learned as a painter that what are, to me, better paintings get into places of trouble during their making and then work their way out of that trouble, and back around again to a kind of ending without a foregone conclusion.’ That work – like all active learning – is a continuous, lifelong process, as Sillman well knows: during our conversation, the rabbi with whom Sillman is taking a course texts to remind her that she has homework due. She seems embarrassed that she’s forgotten but wears that embarrassment lightly. It’s all part of the process. Sillman invites us to join her in that process, humbling ourselves in front of all there is to know and, sometimes, appreciating what it means to not know at all.


This article first appeared in frieze issue 217 with the headline ‘Amy Sillman’.