Biography of the Day: Alfred Stieglitz 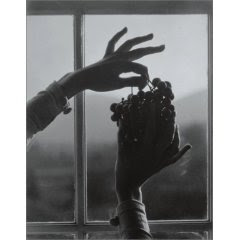 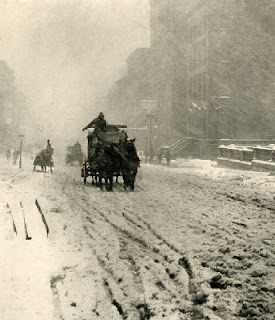 Alfred Stieglitz proclaimed his belief in the uniqueness of his native heritage in a credo written for an exhibition of his work in 1921: "1 was born in Hoboken. I am an American. Photography is my passion. The search for truth my obsession." Nevertheless, as a body, his images suggest a complexity of influences and sources of which the American component was at first the least marked. The oldest of six children of a part-Jewish German family that had emigrated to the United States in 1849, Stieglitz spent his youth in a comfortable milieu that placed unusual emphasis on education, culture, and attainment. Taken to Germany in 1881 to complete his education, he enrolled in a course in photochemistry given by the eminent Dr. Hermann Wilhelm Vogel; from then on he was absorbed mainly by photography and by other visual art, although he continued an interest in science, music, and literature. Sun's Rays-Paula, Berlin, a study made in Berlin by Stieglitz in 1889, reveals a fascination with the role of light and with the replicative possibilities of photography, as well as an understanding of how to organize forms to express feeling. 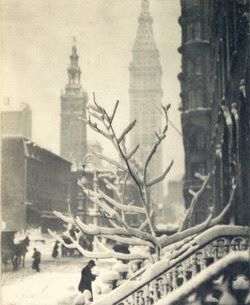 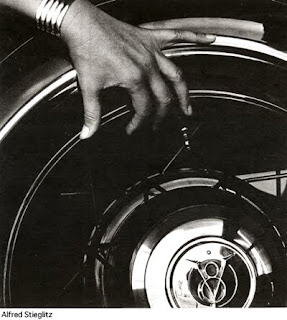 After almost ten years abroad, during which his ability as a photographer had become recognized, Stieglitz returned to New York City in 1890 and became a partner in the Photochrome Engraving Company. He soon found himself more interested in campaigns to promote the recognition of photography as a means of artistic expression, working at first as editor of the journal American Amateur Photographer, then through the Camera Club of New York and its periodical Camera Notes, and finally through the Photo-Secession and Camera Work, which he published and edited from 1903 to 1917. Besides organizing and judging national exhibitions of Pictorialist photography, Stieglitz presided, until 1917, over 291, the Photo-Secession gallery, where, along with Steichen and, later, with Paul Haviland and Marius de Zayas, he helped awaken the American public and critics to modem European movements in the visual arts. He was in contact for a brief period in 1915 with the New York Dada movement through the journal 291 and the Modern Gallery.

In his development as a photographer, Stieglitz began to draw upon the urban scene for his subjects shortly after his return to New York in 1890. At the time, his motifs were considered inappropriate for artistic treatment in photography even though Realist and Impressionist painters in Europe had been dealing with similar material for over 40 years. As his personal style evolved, the influence of German fin-de-siecle painting, of the Japanese woodblock, and of Symbolist and Cubist currents became visibly interwoven into coherently structured and moving images that seem to embody the reality of their time. Following the closing of the gallery and journal in 1917, Stieglitz turned full attention to his own work - a many-faceted portrait of his wife-to-be the painterGeorgia O'Keeffe. In the early 1920s, he undertook what he called Equivalents - images of clouds and sky made to demonstrate, he claimed, that in visual art, form, and not specific subject matter, conveys emotional and psychological meaning. Another series from later years consisted of views of New York skyscrapers taken from the window of his room in the Shelton Hotel, which incorporate abstract patterns of fight and shadow that express the duality of feeling, the fascination and loathing he had come to feel for the city.

Feeling incomplete without a gallery or publication, between 1917 and 1925 Stieglitz used rooms at the Anderson Galleries to promote the work of a circle of American modernists in painting and photography that comprised, besides himself, Arthur Dove, Marsden Hartley, John Marin, O'Keeffe, and Strand. The Intimate Gallery opened in 1925, lasted four years, and was followed by An American Place, which endured until his death in 1946. Aside from exhibits of his own work, only four of photography were held between 1925 and 1946, suggesting that his interest in the medium had become parochial.

Stieglitz's career spanned the transition from the Victorian to the modern world, and his sensibilities reflected this amplitude of experience. His creative contribution, summed up by Theodore Dreiser in 1899 as a "desire to do new things" in order to express "the sentiment and tender beauty in subjects previously thought devoid of charm", was conjoined to a great sense of mission. While not unique, his efforts to improve the way photographs were presented at exhibitions and reproduced in periodicals were notably effective in the campaign for the recognition of the photograph as an art object, while his openness to new sensibilities enabled him to introduce Americans to European modernism and to the avant-garde styles of native artists. In both roles - as expressive photographer and impresario - he probably has had a more profound influence on the course of aesthetic photography in America than any other single individual.