The Secrets of a Dark Ages King 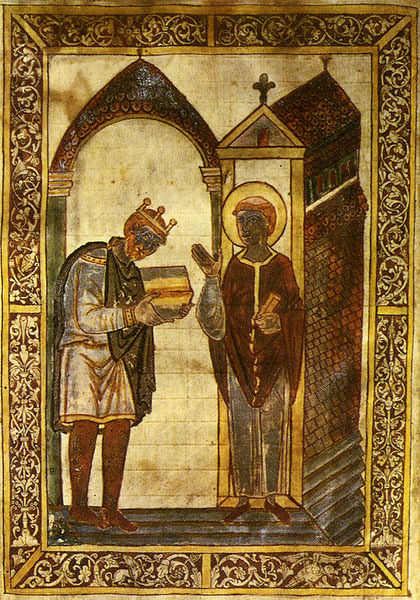 The Secrets of a Dark Ages King

In his own lifetime, Athelstan, the grandson of Alfred of Great, was praised as “the English Charlemagne.” By defeating the combined armies of Danes, Scots and Welsh in the Battle of Brunanburh in 937 AD, Athelstan could rightly claim the title of “King of all Britain.” In his 15-year reign, he also established laws, financed Catholic monasteries, and made key alliances with European royalty.

Yet today, Athelstan is mostly forgotten.

While researching this Anglo-Saxon king, who plays a crucial role in my historical thriller The Crown, I puzzled over why Athelstan dissolved into obscurity. It’s not all attributable to the time in which he lived—those ill-documented, striving, brutish yet sporadically dazzling centuries between the Roman Occupation and the Norman Conquest. Everyone has heard of Alfred the Great. Why not Athelstan, who arguably accomplished even more?

I concluded that it was the mysteries surrounding Athelstan—ones that the most determined historians have not been able to solve—that made him too blurry for easy familiarity. His secrets make him tantalizing. But they also prevent his life from hardening into the simple outlines that propel a legend through time.

1.) Was Athelstan’s mother a concubine?

This is hotly disputed, with biographer Sarah Foot convinced that Athelstan’s mother was an obscure but highly born young woman who had a child or two and died. Sort of a Dark Ages version of a starter wife. Yet the story persists that Athelstan’s father, Prince Edward, fell in love with a beautiful young shepherdess while visiting his former wet nurse and conceived Athelstan that very night. It’s quite the erotic tale, putting to rest that stereotype of10th century men only caring for their swords. More practically, if there were any truth to Athelstan being illegitimate, it would explain why he did not have strong support when he succeeded his father to the throne at age 30—and it would also explain a serious problem he had with one of his half-brothers…

2.) Did Athelstan have a half-brother killed?

The story goes that Athelstan suspected young Edwin, the son of his father’s undoubted queen, of conspiring against him with disaffected nobles. As punishment, Edwin was put in an oarless boat without food or water and set out to sea. He threw himself overboard rather than continue to suffer. Later Athelstan is said to have expressed remorse and performed penance. This whole story is far from confirmed but it’s persistent—and historians believe that it flung a shadow across the character of Athelstan.

3.) Why did Athelstan never marry or have any children?

Thanks to chronicler William of Malmesbury, we know what Athelstan looked like: handsome, slim and blond. He was well educated. He was personally brave—Athelstan “won by the sword’s edge undying glory in battle.” In short, the man is King Arthur material. So why wasn’t there a Guinevere? Historians struggle to explain it: “Athelstan’s decision to remain unmarried seems more readily explicable as a religiously motivated determination on chastity as a way of life.” Still, the concept of celibate warrior monks—such as the Knights Templar—did not come along for another two centuries. A king was expected to marry and beget heirs, in Athelstan’s time and throughout the succeeding dynasties (see Henry the Eighth). Lacking a Dark Ages Dr. Phil–which is perhaps for the best–we’ll never get to the truth of this one. 4.) Where did the Battle of Brunanburh take place?

Athelstan’s enemies, determined to put an end to Wessex domination, drew him north for a cataclysmic encounter. Winston Churchill, as only he could, summed up the odds against Athelstan in The Birth of Britain: “The whole of North Britain—Celtic, Danish and Norwegian, pagan and Christian—together presented a hostile front under Constantine, king of the Scots, and Olaf of Dublin, with Viking reinforcements from Norway.” And yet…Athelstan won. Where this battle was fought, no one knows, though Yorkshire is a solid guess. Most of our information about Brunanburh comes from a rapturous Anglo-Saxon poem. There is a great deal of “they hewed the battle shafts with hammered weapons,” but no identifiable landmarks.

5.) Why did Athelstan request burial at Malmesbury Abbey?

Almost every king of the House of Wessex was laid to rest in Winchester, the family’s seat of power. But Athelstan arranged to be buried at Malmesbury Abbey in Wilstshire. The king had “such a veneration for the place that he thought nowhere more desirable or more sacred.” Whatever his reasons, Malmesbury rose to the occasion, and dedicated itself to the memory of the great king. Today you can visit Athelstan’s tomb and glimpse his effigy, though his corpse is long gone. Some say it disappeared a few decades after his death, others that it was removed shortly before the Dissolution of the Monasteries.

6.) Did Athelstan possess the most sacred religious relics of his time?

This was the age of relic collecting, and no one pursued them with greater passion than Athelstan. He was so famous for his love of relics than when Hugh Capet, descendant of Charlemagne, was interested in marrying Athelstan’s most beautiful sister, he is said to have delivered an amazing amount of treasure to England—as well as relics that date back to Golgotha. The most famous one was the Spear of Destiny, also known as the Lance of Longinus, that pierced Jesus’s side. But Athelstan is said to have possessed other objects of mystical value, too, and that is what I delve into in my novel, The Crown…

Nancy Bilyeau is the author of The Crown, which will be published this month. Click here to view her website.