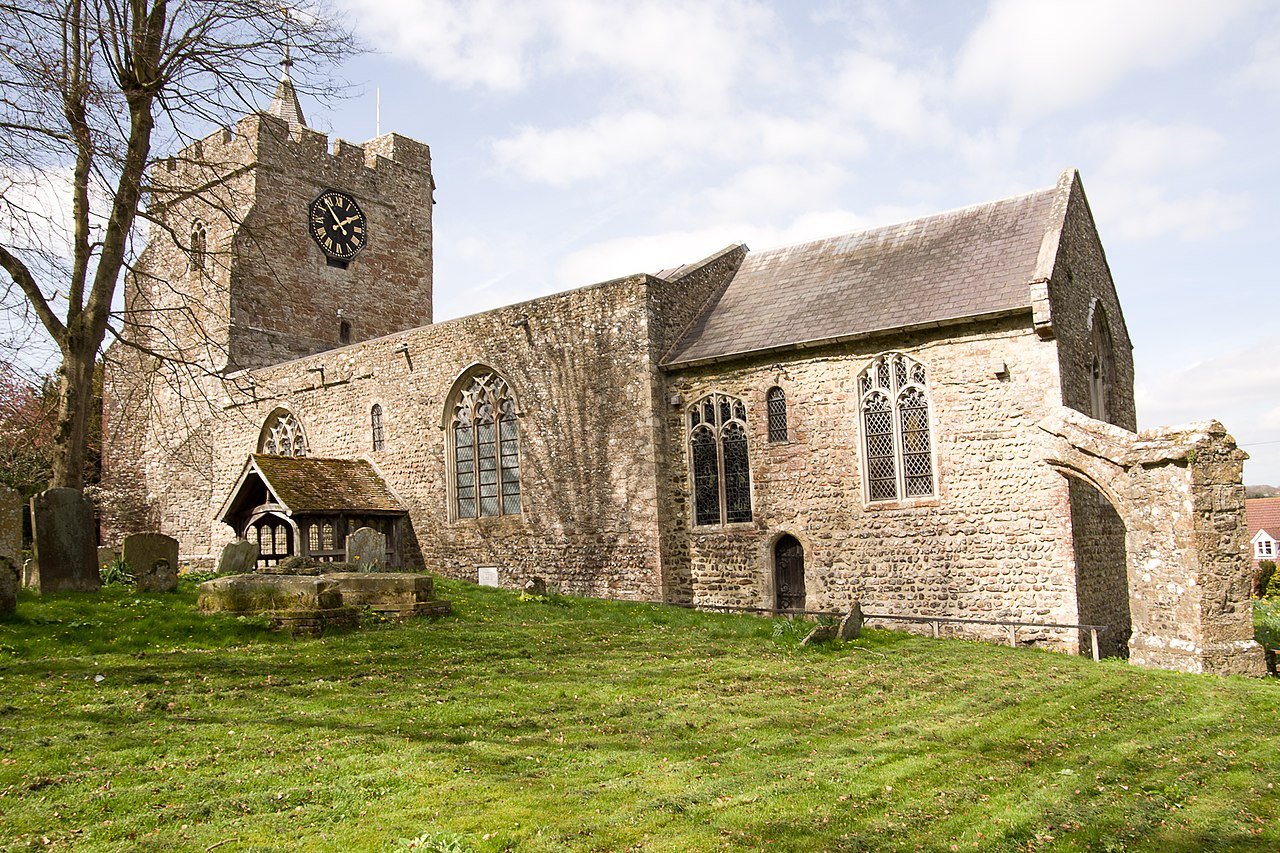 One of the first stone churches built in England has been unearthed, revealing details of early Christianity in England and connections between Anglo-Saxon Kent and the Kingdom of the Franks.

A team from the University of Reading is currently excavating within the medieval churchyard of St Mary and St Ethelburga Parish Church in Lyminge, Kent. Their work has unearthed a much older Anglo-Saxon church set alongside it and built using techniques that had been lost for over 200 years since the end of Roman rule.

The use of a distinctive pink mortar made out of lime and crushed Roman brick indicates the presence of stonemasons imported from France to supervise construction. The chancel of the church was separated from the nave by a distinctive triple arch which is also found in three of the tiny number of churches of this date that are known elsewhere – all in Kent.

The fortunate survival at Lyminge of a fragment of column from this arcade demonstrates that as well as masons, stone was probably also being imported from the continent. The closest source for the oolitic limestone used is in France, though the results of further analysis are awaited to indicate the location of the quarry. The style of architecture suggests that this is likely to be the church founded by Ethelburga, a princess of Kent and Queen of Northumbria in or shortly after 634 AD.

Dr Gabor Thomas of the University of Reading, who is directing the excavation, commented, “The level of survival on this site is more than I had hoped for.  This has entirely justified re-investigating this site that was first examined by Canon Jenkins the Rector of Lyminge in the 1850s.

“We have been able to answer many questions that have arisen in the intervening years because of gaps in what he recorded.  We have established that Jenkins misunderstood much of what he found, and in some cases fabricated or distorted evidence.  It has been hugely beneficial to bring modern archaeological techniques to bear on this nationally and internationally important site.”

The excavation has for the first time discovered a fragment of the west wall of the church that was missed by Canon Jenkins, allowing the precise dimensions of the church to be established.

In a small annexe to the north side of the Anglo-Saxon church, a structure has been found that fits a description of the tomb of Queen Ethelburga written in the 1090s.  However, this same account records how the bones of the founding queen were removed by Archbishop Lanfranc to a new church he had founded in Canterbury, so there is no expectation of finding the original burial.

Dr Gabor Thomas gives us an update as we come to the end of week 4; not forgetting an appearance from his star digger! #lyminge #AngloSaxon #churcharchaeology #medievaltwitter #EarlyMedieval #Archaeology 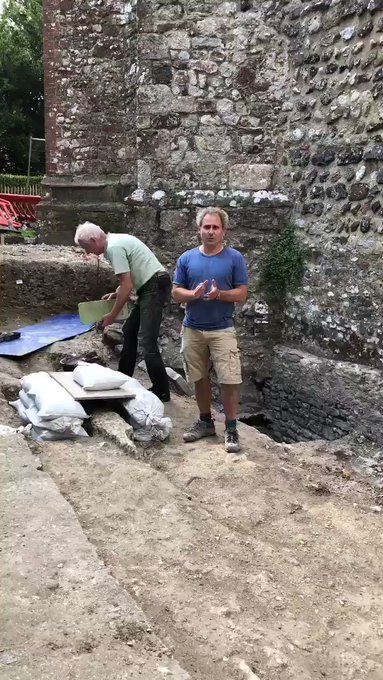 Further out in the churchyard, evidence for structures of the same mid-seventh century date have been found, linking up with earlier excavations of the monastic enclosure by Dr Thomas in 2008-10.  The church site is also close to the 6th-7th Century royal estate centre, with a complex of large timber-framed feasting halls, discovered by Dr Thomas in previous excavations 2012-15. The whole sequence of occupation provides a vivid insight into how Anglo-Saxon society and its most important settlements were transformed through the process of Christianisation.

The archaeological excavation is part of a much larger community-based project called Pathways to the Past: Exploring the legacy of Ethelburga that will see step-free access implemented in the current parish church, itself around a thousand years old, as well as the creation of a heritage trail around the village and a programme of activities aimed at giving the local community a better understanding of the historic environment where they live.

Rob Baldwin, project manager for the excavation, explained, “We have been delighted to partner with the University of Reading to make this project happen.  It is unusual for universities to collaborate with community-based projects in this way and it comes from over a decade of working very successfully with Gabor and his team on other digs around the village.  It is great that we have made such a successful start to the project, and we look forward to achieving the other community benefits that are part of our project objectives.”

The Pathways to the Past project is principally funded by the National Lottery, with additional funding from other grant-giving bodies and private donations.  Fund-raising to complete the project and deliver a sequence of digital 3D reconstructions of the church site is still ongoing.  Donations can be made at https://www.gofundme.com/f/pathways-to-the-past.