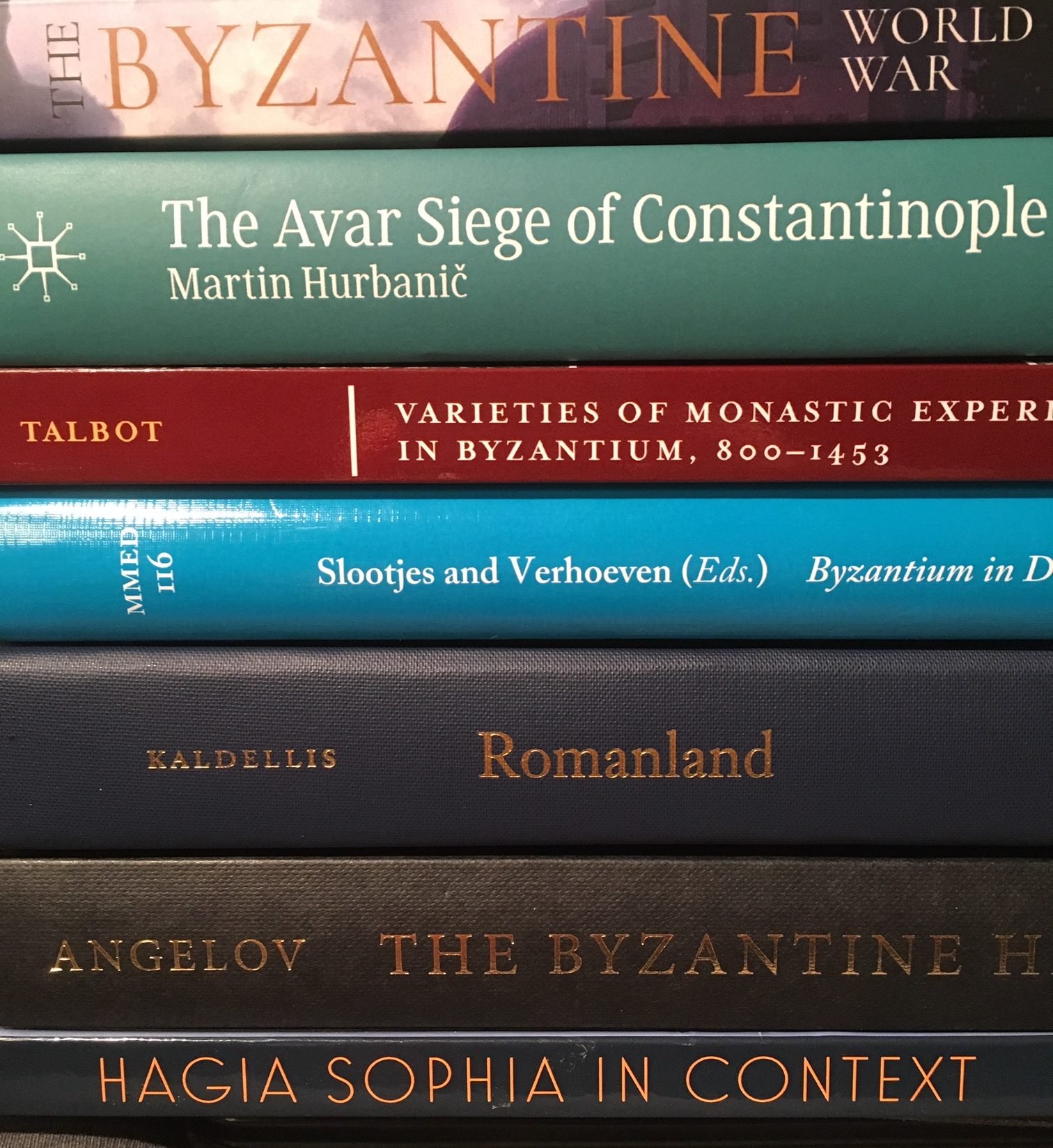 Here are nine books that look at the Byzantine world, published in 2019. 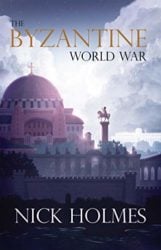 The Byzantine World War: The Last Romans and the First Crusaders

Excerpt: In the autumn of 1067, a young Byzantine general stood on trial before the Senate in Constantinople. The charge was treason. If convicted the penalty would be death. Most people in his place would have been shivering with fear. But not him. A senator recalled that: “He was tall and his broad chest gave him a fine appearance, and he seemed to breathe nobility.” His name was Romanus Diogenes. 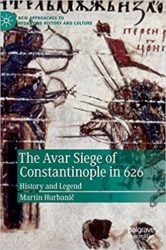 The Avar Siege of Constantinople in 626: History and Legend

Excerpt: The Byzantines never forgot the first siege of Constantinople. In the hot summer days of 626, their capital was besieged by a huge hoard of the Avars, Slavs, Bulgars, and others from land and sea. Moreover, the allied Persian army, led by the victorious commander Shahrbaraz, stood on the opposite side of the Bosphorus, ready to engage in this hard fight. The heroic ten-day long defence lasted from Tuesday, 29 July, to Thursday, 7 August. The final victory of the Roman forces on the last day of the siege had a significant event into a legend. 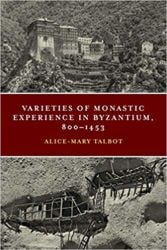 Varieties of Monastic Experience in Byzantium, 800 – 1453

Excerpt: The theme of this book is the variety of monastic experiences in Byzantium, the many ways in which pious men and women renounced the secular world in order to devote their lives to prayer and the service of Christ. The most basic division between monastic was their choice of the communal life in a cenobitic monastery or a solitary existence as a hermit (eremitic). Many monks espoused both forms of monasticism sequentially during the course of their careers, and there was much discussion in monastic circles about which form of spiritual life was superior. A monastic founder of the early fifteenth century, the patriach Matthew I (1397-1402, 1403-10), commented, “There are many paths of piety for athletes, since our heavenly Father also has ‘many mansions,’ or rather, since there are many paths, there are many mansions.” 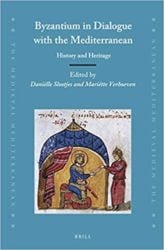 Byzantium in Dialogue with the Mediterranean: History and Heritage

By Danielle Slootjes and Mariette Verhoeven

Excerpt: The common thread throughout the entire volume is the relationship and mutual exchange of ideas and objects between Byzantium and its neighbours or successors, both geographically and chronologically. No empire, nation or people lives in isolation. Several notions that bring out this relationship and exchange play an important role in various contributions. 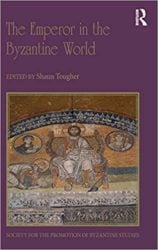 The Emperor in the Byzantine World: Papers from the Forty-Seventh Spring Symposium of Byzantine Studies

Excerpt: More significant is that the volume features some key running themes. Dynasty, unsurprisingly, is a particular thread, and chimes with the recent notable increased interest in this aspect of emperors.14 Likewise, ideals of rulership come to the fore: the political, military and religious roles the emperor was expected to play feature in many of the chapters. Above all, the volume deals time and again with images of emperors – textual and visual – rather than necessarily emperors of flesh and blood. Byzantium was saturated with the idea of the emperor, conscious of its identity as the Roman empire. As such, the emperor is a subject that deserves and requires further detailed attention. 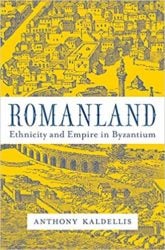 Romanland: Ethnicity and Empire in Byzantium

Excerpt: As we will see, Byzantium sometimes veered close to being a homogeneous national state, with a vast majority of Romans and small ethnic minorities in the provinces, whereas at other times, after a phase of conquests, it veered nearer to being a true empire, the hegemony of Romans over many non-Romans. Sometimes Byzantium was an empire and sometimes not. This requires detailed empirical study for each period using consistent definitions for ethnicity and empire. This book aims to provide both working definitions and empirical evidence. 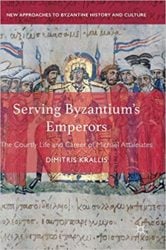 Excerpt: The book—I tell myself and I hope the reader agrees—is not really about Attaleiates per se but more broadly about Romanía, its mandarins and high court officials, and the culture of the Byzantine eleventh century in general. For all that historians and audiences remain fascinated with Byzantium, we rarely think about what truly made it different from other contemporary polities. Its noblesse de robe, to which Attaleiates belonged, was one such crucial distinguishing characteristic. 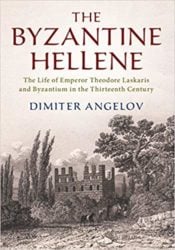 The Byzantine Hellene: The Life of Emperor Theodore Laskaris and Byzantium in the Thirteenth Century

Excerpt: Throughout his life, he had observed with rising concern the vilification of rulers before and after their deaths. The inevitable lot of the individual vested with royal authority, he reasoned, was “to be the target of reproach.” He had a good reason to fear that he would suffer the same fate, for his policies had upset many among the ruling elite and had troubled his former teacher…He wished his lone voice would be heard through the ages and intended his writings to become a lasting monument. “I know,” he wrote over a decade earlier, “that in this way I will gain an icon of remembrance before the eyes of the future generations and a clearing of my name.” 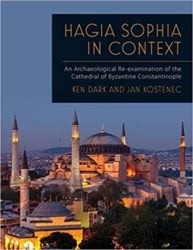 Hagia Sophia in Context: An Archaeological Re-Examination of the Cathedral of Byzantine Constantinople

By Ken Dark and Jan Kostenec

Excerpt: The Byzantine cathedral of Hagia Sophia has been a source of wonder and fascination since its sixth-century construction. It was the premier monument of the Byzantine capital, Constantinople, and remains the most recognisable symbol of the modern Turkish city of Istanbul. Hagia Sophia was the physical setting – and in some instances the prompt – for events which shaped the course of world history, from Church councils to the conversion of Russia to Orthodox Christianity. The archaeology of Hagia Sophia is, therefore, about more than the study of one great building – it sheds new light on much broader questions of political and cultural identity, which resonate from the Late Roman Empire of the fourth century to the twenty-first century.