Medieval Geopolitics: How a Pope shares in the divine power of God 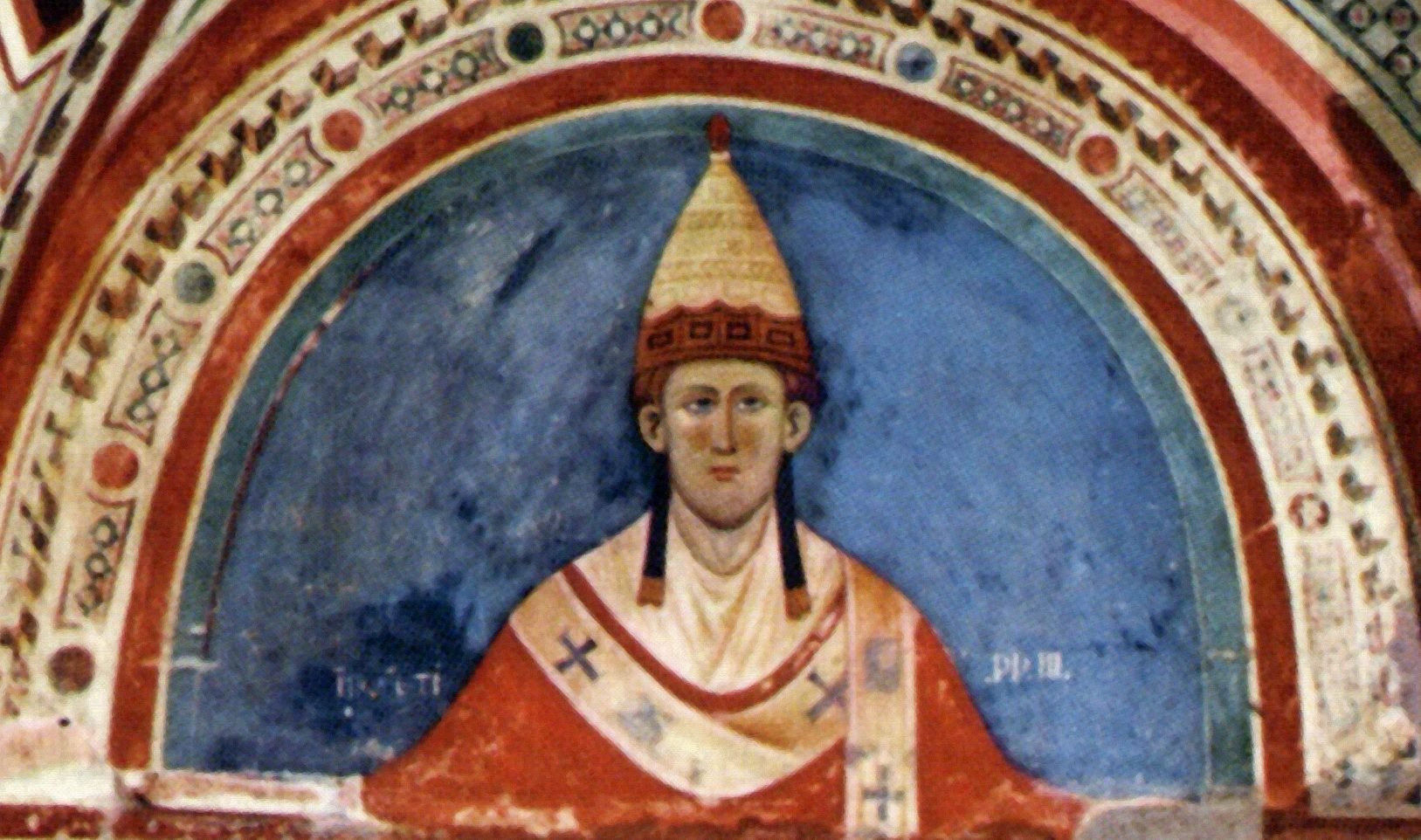 At the end of the twelfth century, Pope Innocent III issued a document known as the Quanto personam. What kind of influence did it have on ideas about sovereignty and power in the medieval era?

The Quanto personam, which emphasized the absolute power of the Pope, had inadvertently led to a wide intellectual exchange concerning the boundary of the powers wielded by both spiritual and secular authorities. It was during this grande debate that one of the key elements of Jean Bodin’s idea of sovereignty – as ‘la puissance absolue et perpetuelle d’une Republique’ (the absolute and perpetual power of a Republic) – made its first appearance on the European political scene. There were three major themes in the iterated process of glossing Quanto personam: the justification of minimally-restricted Papal power by revisiting the concept of positive law, various attempts to define the scope of Papal power through natural or canon law, and an eventual emancipation of Papal power by applying the concept ius supra that transcends both reason and the divine law.

In the spirit of the recently published book Medieval Foundations of International Relations, this column in the series provides ‘insight into the medieval influence on some of the fundamental ideas and practices that are said to exemplify the spirit of modern international relations’. It does this by demonstrating how thirteenth-century canon law theorizing about the character of supreme authority generated some of the conceptual raw materials that would eventually be picked up by early modern thinkers such as Thomas Hobbes and Jean Bodin and assembled into the early modern idea of sovereignty.

To be certain, jurists, theologians, philosophers and polemicists had been debating the character of supreme political authority throughout the course of the twelfth century.  In the years after Quanto personam was written, something new was decisively introduced into the discourse: a way of thinking about political authority that was unconstrained by either reason or divine law. 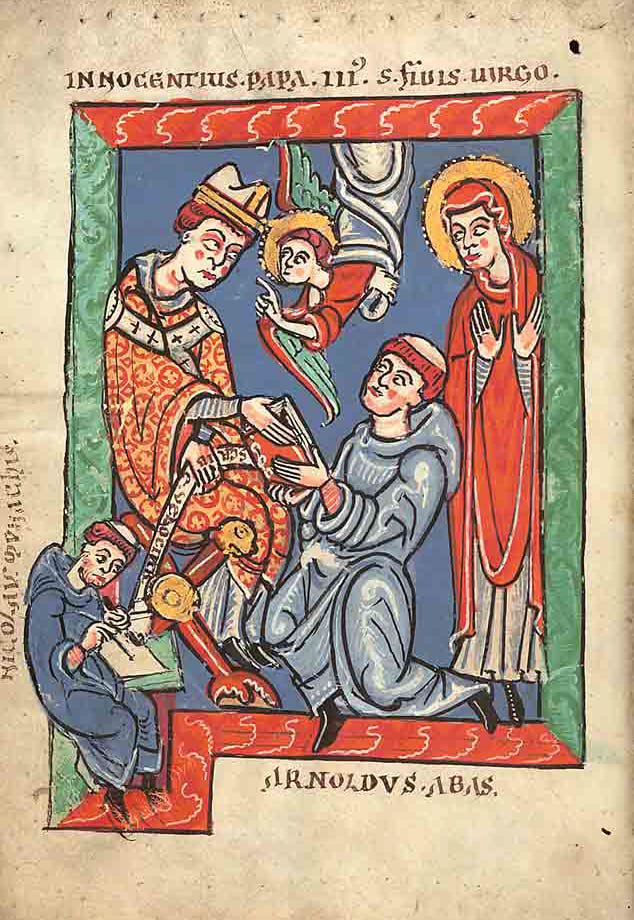 The Origin of Quanto Personam

Quanto personam was a papal decretal that nominally dealt with the authority to transfer a bishop from one episcopal see to another.  The immediate cause for its transmission was Bishop Conrad of Querfort’s unilateral decision to transfer himself from the see of Hildesheim to the more affluent see of Würtzburg.  Viewing this transfer as a violation of what he considered to be the exclusively papal prerogative to appoint and move bishops, Innocent responded by instructing Conrad to quit both Würtzburg and his former see of Hildesheim.  Quanto personam, issued on 21 August 1198, was sent to five bishops of Germany.  It ordered them to excommunicate Conrad if he failed to comply with the papal mandate to vacate both sees within twenty days.

The decretal was incorporated into Innocent’s authoritative collection, Compilatio tertia, in 1209/10 and was subsequently glossed by several influential canonists, including Laurentius Hispanus, Vincentius Hispanus, Johannes Teutonicus and Tancred.  Although Innocent issued a number of decretals on the topic of unauthorized episcopal transfers, Quanto personam is generally considered to be the most consequential.

Innocent’s decretal makes a number of claims regarding the place, source and character of supreme authority within the Church.  With respect to the place of supreme authority, the decretal clearly asserts that such authority is vested in the papal office.  In condemning Conrad’s unauthorized transfer from the see of Hildesheim to that of Würtzburg, Innocent argued that a bishop is married to his see and may not leave that see unless the marital bond had been dissolved.  As only God, he maintained, was able to dissolve the bond of marriage, so only God was able to dissolve the episcopal marriage of a bishop to his see. Innocent then asserted that the pope is the “vicar of Christ” – that is, Christ’s deputy or agent on Earth – and that the pope, therefore, is exclusively empowered to sever the bond of episcopal marriage and transfer a bishop from one see to another.

In conceptualizing the pope as the sole “vicar of Christ”, Innocent thus echoed Bernard of Clairvaux’s claim that the papal office was the sole holder of supreme authority within the Church.  The pope did not share the title with the episcopate; nor were the bishops vicars of Christ in their own right. Rather, the pope stood above the bishops, in the place of Christ, wielding supreme power within the Church.  But Innocent went far beyond the Abbot of Clairvaux, reconceptualizing the very nature of supreme power vested in the papal office. In making his case against Conrad, Innocent distinguished between two types of power wielded by the pope. On the one hand, he argued, both popes and bishops possessed what he called “ordinary” authority – that is, legitimate power derived from, and limited by, human law, tradition and custom. On the other hand, Innocent argued that the pope, by virtue of his being the vicar of Christ, also possessed an extraordinary form of authority – which he labeled “divine” authority. This authority, reserved exclusively to the papal office, allowed popes to exercise Christ’s extraordinary prerogative to transcend human law, tradition and custom in certain circumstances. Innocent expressed the pope’s exclusive divine authority in the following terms:

God, not man, separates a bishop from his church because the Roman pontiff dissolves the bond between them by divine rather than human authority, carefully considering the need and usefulness of each translation.  The pope has this authority because he does not exercise the office of man, but of the true God on earth.

In conceptualizing the pope’s power in this way, Innocent thus added a further dimension to the idea of papal plenitudo potestatis. By the time Innocent was elected pope, the meaning of this term had largely been fixed in the thought of decretist, who were students and interpreters of Gratian’s Decretum.  When used in connection with its adjunct in partem sollicitudinus it highlighted the difference between the pope’s universal jurisdiction and the bishops’ merely local jurisdiction. When detached from its adjunct, the term conveyed a sense of papal legislative omnipotence and judicial primacy, being expressed in the language of Roman law as papa est iudex ordinaries omnium.  And, by the end of the twelfth century, plenitudo potestatis had also come to imply that the partial and lesser jurisdictional powers of the bishops were derived from the fuller and greater jurisdictional authority of the pope.

In Quanto personam, however, Innocent invested it with an additional layer of meaning: for Innocent, the idea of papal plenitudo potestatis also entailed a claim that the pope both shared in, and exercised, the divine power of God Himself.

Andrew Latham is a professor of political science at Macalester College in Saint Paul, Minnesota. He is the author, most recently, of The Idea of Sovereignty At the Turn of the 14th Century. You can visit Andrew’s website at www.aalatham.com or follow Andrew on Twitter @aalatham