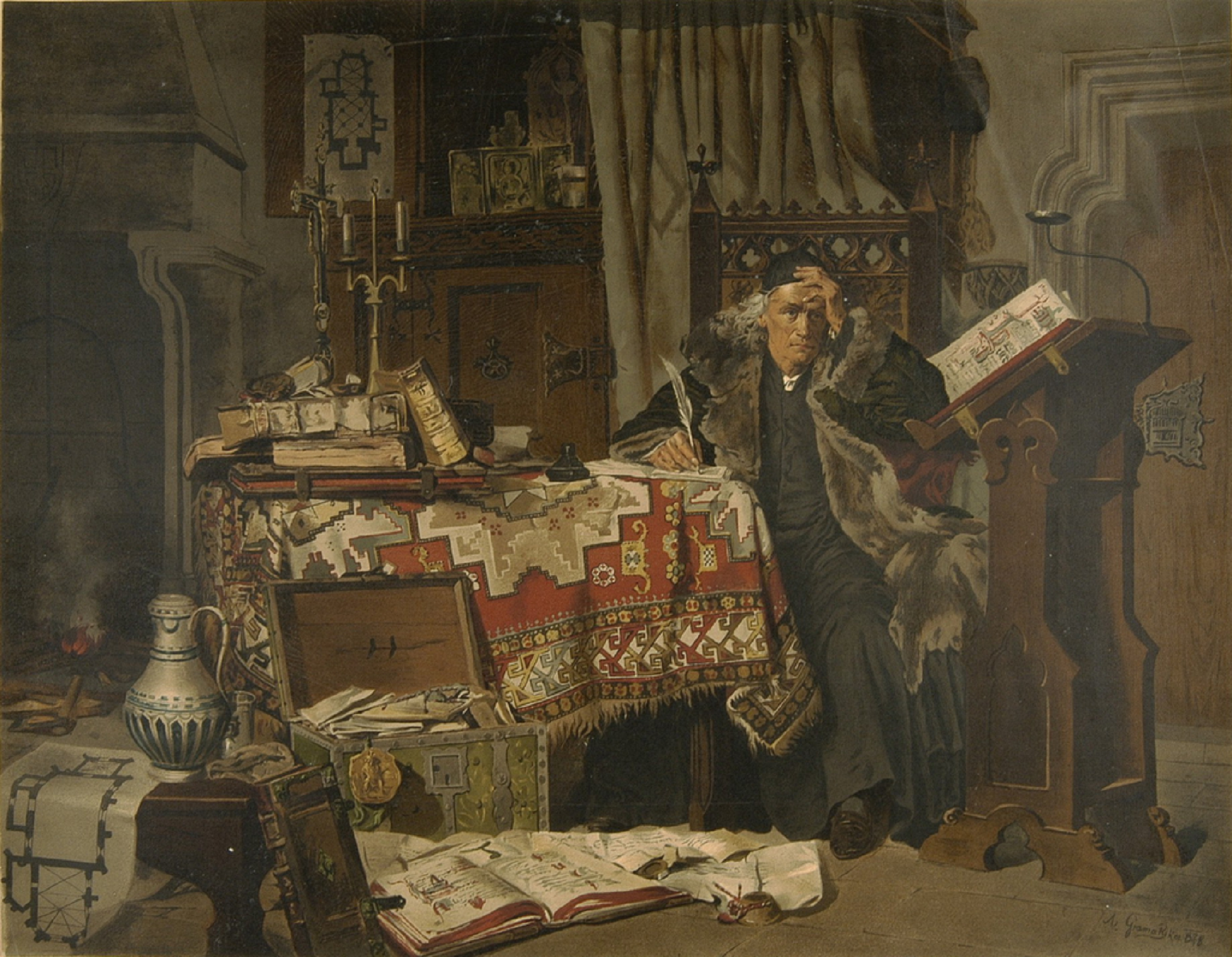 
Historian, chronicler, heraldry expert, geographer, diplomat and educator of Polish kings, Jan Długosz was undoubtedly one of the greatest historiographers of the Middle Ages. This author of the monumental 12 volume Annals or Chronicles of the Famous Kingdom of Poland died on 19 May 1480 in Kraków.

Długosz was born in 1415 in Brzeźnica in the Sieradz region. He was the fourth son of Jan of Niedzielsk, who received Brzezno County for his services in the great war against the Teutonic Order (1409-1411). He became interested in history during his studies at the faculty of Liberal Arts at the Krakow Academy. Długosz learned Latin and read the Polish Chronicle (Historia Polonica) of Wincenty Kadłubek which had been written two hundred years earlier. Later Bishop Zbigniew Oleśnicki took him under his wing and Długosz began working in his office. In 1436, the twenty-one-year-old chancellor was ordained a priest and became a canon of Kraków.

Długosz quickly earned Oleśnicki’s trust. He ran his office, organized its archives, managed the bishop’s estates, and participated in his patron’s foreign missions. He met popes, took part in the general council in Basel and attended the coronation of Władysław III Warneńczyk in Hungary. In 1449, thanks to his chancellor’s efforts, the bishop of Kraków was the first clergyman in the history of the Polish Church to receive a cardinal’s hat (galero) from Pope Felix V. 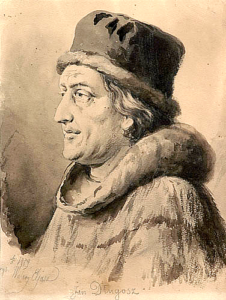 Długosz was devoted to the bishop and supported him in his disputes with Władysław II Jagiełło and Casimir IV. His bitterness and resentment towards Władysław II Jagiełło are also visible in the Annals or Chronicles of the Famous Kingdom of Poland (Annales seu cronicae incliti Regni Poloniae). Długosz criticized the king, among others, for placing Lithuania’s interests above Poland’s, as well as for the monarch’s wedding at such an advanced age. The conflict between the ruling dynasty and Oleśnicki escalated after the death of Władysław III Warneńczyk in 1444 and continued after the assumption of power by Casimir IV. After the cardinal’s death in 1455, his protégé would still feel the effects of those disputes.

At that time Długosz became associated with Jakub of Sienno, Oleśnicki’s nephew and candidate for the new bishopric of Kraków. This candidacy was strongly opposed by King Casimir IV, who referred to the pope in this matter, and imposed a banishment on the Krakow canon and the confiscation of his goods, which was also described in the Annals. The chronicler’s relationship with the monarch only improved after the bishop’s case ended. His diplomatic experience would prove necessary in negotiations with the Teutonic Order during the Thirteen Years’ War (1454-1466) and in order to form an alliance with the Czechs. In addition, Długosz would draft a treaty justifying the rights of the Jagiellonian Dynasty to the central Mazovia region, as well as a testimonial confirming Polish rights to the Northern Pomerania region, and also contribute to the conclusion of the Toruń peace in 1466. 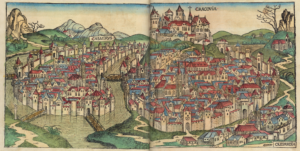 When the war was over, the king appreciated the competence of the chronicler and in 1467 he entrusted him with the education of his sons: Władysław (later Vladislavs II, King of Bohemia and Hungary), Kazimierz (who would later become a saint), Jan Olbracht (King of Poland,1492-1501) and Aleksander (King of Poland, 1501 -1506). Later, they were joined by the youngest sons: Zygmunt (King of Poland, 1506-1548) and Fryderyk (who was later appointed a cardinal). Under Długosz’s tutelage, the princes learned, among other things, to write, the art of oratory, Latin, and ancient history and culture. Długosz also emphasized teaching moderation and modesty to his students. The sons of King Casimir IV were able students. When Vladislavs II was elected to the Czech throne, and the received Bohemian envoys in Kraków “he spoke in Polish so eloquently and beautifully that many of the listeners were moved to tears”. The Polish monarch decided to reward Długosz by giving him the Archbishopric of Lviv, but the Pope would confirme this decision only after his death.

Due to his income from church offices, Długosz could be a generous donor, both to the Church and the Kraków Academy. He funded, among others, a Pauline monastery in Kraków, where his body would be buried in the 19th Century, as well as two university dormitories. However, he is primarily remembered as the author of the Annals. He began writing it in 1455 and continued until his death. Although historians have proved that the work should not be devoid of criticism, his opus magnum to this day shapes modern views of the history of Poland and Lithuania in the late Middle Ages. 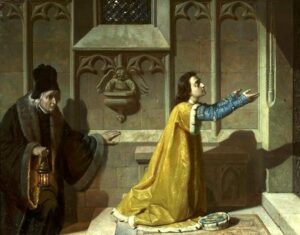 Among other works by the chronicler, it is also worth mentioning: a register of goods of the Kraków cathedral, works on heraldry, a catalogue of Polish bishops, the life of Saint Stanislaus and a geographical description of the Polish-Lithuanian state.

The father of Polish historiography was one of the greatest historians of his time. Thanks to Długosz’s diligence, competence and brilliant mind, he offered his homeland a work summarizing its historical tradition in twelve volumes. As he wrote: “Everyone is indebted to their homeland to such an extent as their minds are able to, and the worst is the one who has not graced their homeland in any way, nor offered it any gift.”