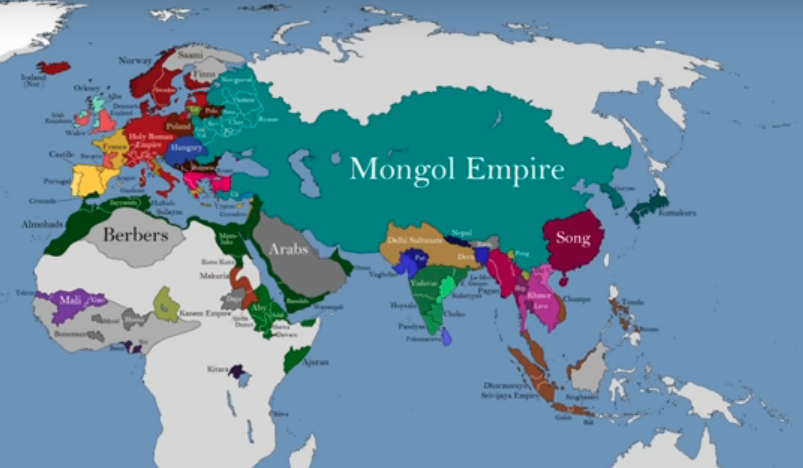 The emergence of the Mongol empire in the 13th century would be one of the most profound developments in medieval history. Here are several videos that show the changing borders of this empire.

Ollie Bye also created this video showing the conquests undertaken by Genghis Khan between the years 1200 and 1221.

Next is a video from Jake Mapping that shows the various Steppe peoples, including the Mongols, between the years 222 BC and 2017.

Danzig HD Mapper offers this video showing the Yuan Dynasty from its beginning in 1271 under Kubilai Khan to the end of the Northern Yuan Dynasty in 1635.

Finally, here is a video from RealLifeLore which asks the question: What if the Mongol Empire Reunited Today?