Harry Morgan, the prolific character actor best known for playing the acerbic but kindly Colonel Potter in the long-running television series “M*A*S*H,” died on Wednesday morning at his home in Los Angeles. He was 96.

His son Charles confirmed his death, saying Mr. Morgan had been treated for pneumonia recently. 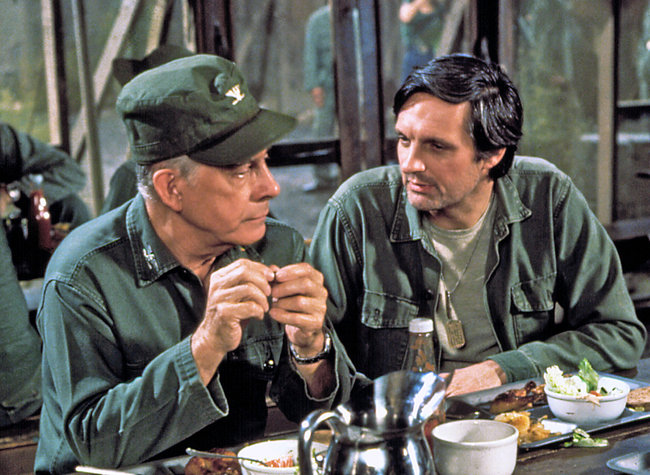 
But to many fans he was first and foremost Col. Sherman T. Potter, commander of the 4077th Mobile Army Surgical Hospital unit in Korea. With a wry smile, flat voice and sharp humor, Mr. Morgan played Colonel Potter from 1975 to 1983, when “M*A*S*H” went off the air. He replaced McLean Stevenson , who had quit the series, moving into the role on the strength of his performance as a crazed major general in an early episode.

In an interview for the Archive of American Television, Mr. Morgan said of his “M*A*S*H” character: “He was firm. He was a good officer and he had a good sense of humor. I think it’s the best part I ever had.”

Colonel Potter’s office had several personal touches. The picture on his desk was of Mr. Morgan’s wife, Eileen Detchon. To relax, the colonel liked to paint and look after his horse, Sophie — a sort of inside joke, since the real Harry Morgan raised quarter horses on a ranch in Santa Rosa. Sophie, to whom Colonel Potter says goodbye in the final episode, was Mr. Morgan’s own horse.

In 1980 his Colonel Potter earned him an Emmy Award as best supporting actor in a comedy series. During the shooting of the final episode, he was asked about his feelings. “Sadness and an aching heart,” he replied.

Harry Morgan was born Harry Bratsburg on April 10, 1915, in Detroit. His parents were Norwegian immigrants. After graduating from Muskegon High School, where he played varsity football and was senior class president, he intended to become a lawyer, but debating classes in his pre-law major at the University of Chicago stimulated his interest in the theater.

He made his professional acting debut in a summer stock production of “At Mrs. Beam’s” in Mount Kisco, N.Y., and his Broadway debut in 1937 in the original production of “Golden Boy,” starring Luther Adler, in a cast that also included Karl Malden.

After moving to California in 1942, he was spotted by a talent scout in a Santa Barbara stock company’s production of William Saroyan’s one-act play “Hello Out There.” Signing a contract with 20th Century Fox, he originally used the screen name Henry Morgan, but changed Henry to Harry in the 1950s to avoid confusion with the radio and television humorist Henry Morgan. 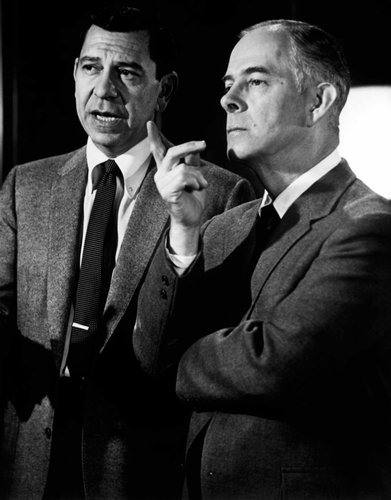 Mr. Morgan attracted attention almost immediately. In “The Ox-Bow Incident” (1943), which starred Henry Fonda, he was praised for his portrayal of a drifter caught up in a lynching in a Western town. Reviewing “A Bell for Adano” (1945), based on John Hersey’s novel about the Army in a liberated Italian town, Bosley Crowther wrote in The New York Times that Mr. Morgan was “crude and amusing as the captain of M.P.’s.”

He went on to appear in “All My Sons” (1948), based on the Arthur Miller play, with Edward G. Robinson and Burt Lancaster; “The Big Clock” (1948), in which he played a silent, menacing bodyguard to Charles Laughton; “Yellow Sky” (1949), with Gregory Peck and Anne Baxter; and the critically praised western “High Noon” (1952), with Gary Cooper. Among his other notable films were “The Teahouse of the August Moon”(1956), with Marlon Brando and Glenn Ford, and “Inherit the Wind” (1960), with Spencer Tracy and Fredric March, in which he played a small-town Tennessee judge hearing arguments about evolution in the fictionalized version of the Scopes “monkey trial.” In “How the West Was Won” (1962) he played Gen. Ulysses S. Grant.

After a personable performance as Glenn Miller’s pianist, Chummy MacGregor, in “The Glenn Miller Story” (1954), starring James Stewart, he often played softer characters as well as his trademark hard-bitten tough guys. There were eventually a number of comedies on his résumé, among them “John Goldfarb, Please Come Home” (1965), with Shirley MacLaine and Peter Ustinov; “The Flim-Flam Man” (1967), with George C. Scott; “Support Your Local Sheriff!” (1969), with James Garner and Walter Brennan; and “The Apple Dumpling Gang” (1975), a Disney movie with Tim Conway and Don Knotts.

He returned as Bill Gannon, by now promoted to captain, in the 1987 movie “Dragnet,” a comedy remake of the series starring Dan Aykroyd and Tom Hanks.

Mr. Morgan’s television credits were prodigious. He once estimated that in one show or another, he was seen in prime time for 35 straight years. Regarded as one of the busiest actors in the medium, he had continuing roles in at least 10 series, which, combined with his guest appearances, amounted to hundreds of episodes. He reprised the role of Sherman Potter in “AfterMASH” (1983-85), a short-lived spinoff.

Among the later shows on which he appeared as a guest star were “The Love Boat,” “3rd Rock From the Sun,”  “Murder, She Wrote” and “The Jeff Foxworthy Show.”

Mr. Morgan’s first wife, Eileen Detchon, died in 1985 after 45 years of marriage. He is survived by his wife, Barbara Bushman, whom he married in 1986; three sons from his first marriage, Christopher, Charles and Paul; and eight grandchildren. A fourth son, Daniel, died in 1989. Mr. Morgan lived in the Brentwood section of Los Angeles.

His son Charles, a lawyer in Los Angeles, said in a telephone interview that he would marvel at his father’s photographic memory. “My dad would read a script the way somebody else would read Time magazine and put it down and be on the set the next day,” he said.

But Harry Morgan never sat as a guest on a talk show, Charles Morgan said; it did not seem appropriate or necessary. “Appearing on a talk show to focus on himself because he was Harry Morgan,” he said, “was not nearly as natural as appearing in a role as Pete Porter or Bill Gannon or Colonel Potter, or as the cowboy drifter who wandered into town with Henry Fonda and got wrapped up in a vigilante brigade in ‘Ox-Bow Incident.’ ”

An obituary on Thursday about the actor Harry Morgan described incorrectly his appearances on the television series “You Can’t Take It With You.” He was a regular cast member; he was not a guest star on the show.