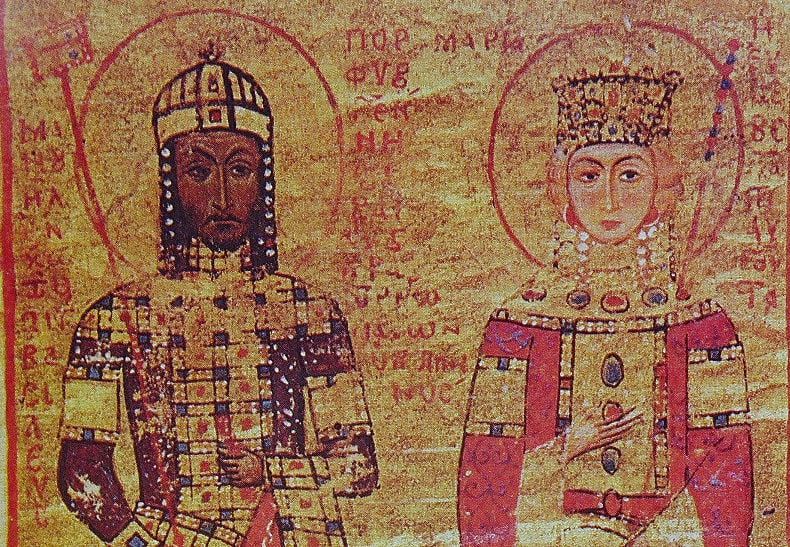 Introduction: Manuel I Komnenos (1143-80) inherited an impressive military and political machine from his grandfather Alexios I (1081-1118) and father John II (1118-43). At the apogee of Manuel’s career, he acknowledged the vassalage of all the Crusader states, the Seljuks of Rûm, the Hungarians, and the Serbs. He also established a significant presence in Italy to counter growing German influence. Soon after his death, however, the Byzantine court was almost paralyzed by plots and chaos, and within a quarter of a century it could not prevent the crusaders of 1204 from brutally sacking Constantinople, the city’s first such catastrophe in its nine-hundred-year history. For over eight centuries, historians have attempted to explain how this dramatic turn of events could have occurred. Many argue that Manuel I squandered the resources of his empire in order to complete an imperial policy that was increasingly unrealistic and overly ambitious. The purpose of this work is to refute those claims.

To answer the question of whether or not Manuel’s foreign policy was unrealistic and perhaps even pernicious to the empire, it is necessary to examine his career. However, this examination must be conducted independent of the horrors of 1204. How did Manuel justify his foreign policy and how did his contemporaries view him? Manuel was exceptionally active given the limitations of his empire and was quick to adapt to the changing political landscape, including his setbacks. This work will detail each of the decades of Manuel’s reign, discussing the emperor’s objectives and measuring his successes and failures. The conclusion will offer an overall judgment of Manuel’s reign.

Click here to read this thesis from Georgia Southern University

Top Image: Manuel I Komnenos and his second wife Maria of Antioch