Essential and despised: Images of women in the First and Second Crusades, 1095-1148 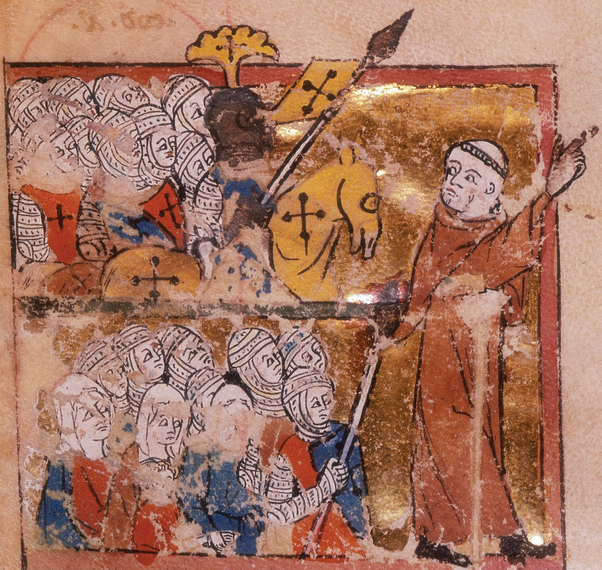 Essential and despised: Images of women in the First and Second Crusades, 1095-1148

By Laura A. Brady The influence and presence of women is noticeable in a number of areas. First, the imagery of femininity influenced the language used both to precipitate and sustain the military venture. That is, womanliness as a universal concept was utilized by the men who preached the crusade as a means of inducing support and of continuing the war. As such, notions of femininity pervade the chronicles, inform the language of war and provide the subtext which defined and maintained the venture.

The literature of the crusades also reveals that women attended the movement to the Middle East and played crucial roles in the wars against the Muslims, becoming pivotal during the settlement phase of the crusades, when they became desirable as mothers and wives. They are also seen in the roles of warrior, camp-follower, intermediaries in the marriage process and as inspiration to weary fighters.

Most significantly, the presence of women on crusade was regarded as a potential source of sin for men, and a suspicion and dislike for women pervades the writing. The clerics who accompanied the crusaders, in addition to the many secular leaders of crusade, believe that military victory hinged on the sexual purity of the warriors. Thus, the sexual temptation which the presence of women afforded caused resentment and enmity towards women. As a consequence strict laws regarding sexual behaviour and the movement of women were enacted, which sometimes led to the expulsion of women from crusader camps.

Finally, the image of Muslims further illustrates the social values of the crusaders. Muslim men were perceived as innately perverse and sexually deviant. The Christian view of women as weak, gullible and passive highlighted the need for Christian men to defend their honor and virtue. The image of Muslim women in the chronicles marginalizes them as insignificant or, when they converted to Christianity, presents them as trophies of war and evidence of the bravery and virility of Christian knights.

In the final analysis, the image of women in the First and Second Crusades was inherently dualistic and oppositional. The evidence shows women who were vigorous and active participants in the crusades. Conversely, their presence was resented and at times they were banned because of their allegedly perverse influence. The imagery of femineity, furthermore, portrayed women as weak, soft, pliable and vulnerable, and therefore in desperate need of defence. The women of the crusaders were at once essential and despised. Yet, for all that, women in the Crusaders nevertheless are more visible and accessible than historical scholarship has hitherto indicated.

Click here to read this thesis from the University of Windsor