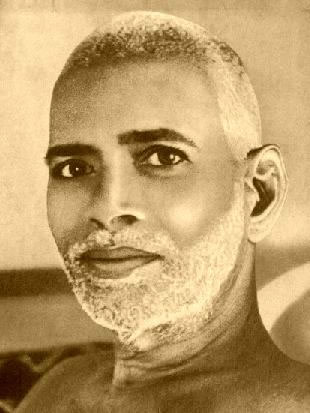 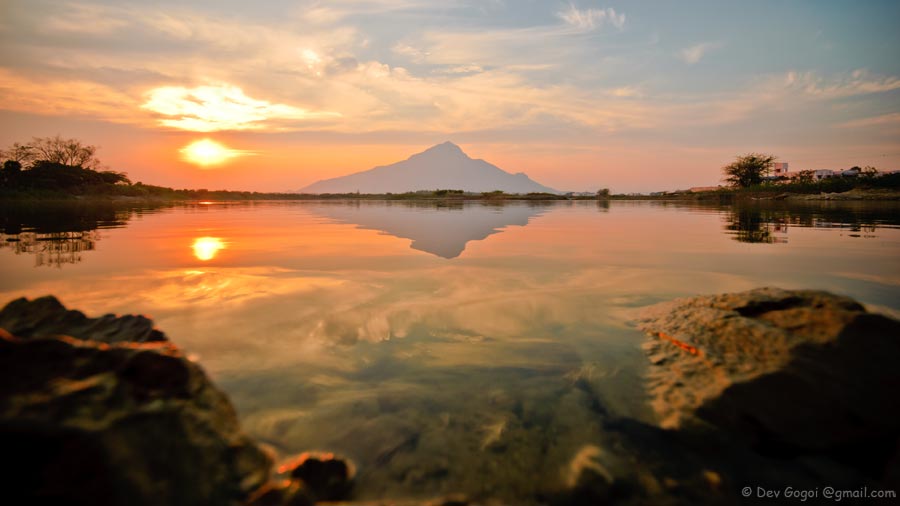 Following the suggestions of Ram Chandra and Professor Hastie, Narendra went to Dakshineswar to meet Ramakrishna. Ramakrishna was so anxious for and so enamoured of Narendra that he cried and prayed for six months till Narendra met him. Later, Ramakrishna recalled the day when Narendra first visited Dakshineswar. He said—

Narendra entered the room through the western door facing the Ganges. I noticed that he had no concern about his physical appearance. His hair and clothes were not tidy; like others he had no attachments for external objects. His eyes showed that a greater part of his mind was turned inward all the time. When I observed these, I wondered, is it possible that such a great aspirant could live in Calcutta, the home of the worldly-minded?

Let us go back once more,
O mind, to our proper home!
Here in this foreign land of earth Why should we wander aimlessly in stranger's guise?
These living beings round about,
And the five elements,
Are strangers to you, all of them; none are your own.
Why do you so forget yourself,
In love with strangers, foolish mind?
Why do you so forget your own?

When Narendra finished singing, Ramakrishna suddenly became emotional, grasped Narendra's hands and took him into the northern porch of the Kali temple and with tears in his eyes said to him —

Ah! you have come so late. How unkind of you to keep me waiting so long! My ears are almost seared listening to the cheap talk of worldly people. Oh, how I have been yearning to unburden my mind to one who will understand my thought! Then with folded hands he said: 'Lord! I know you are the ancient sage Nara — the Incarnation of Narayana — born on earth to remove the miseries of mankind.

Yes, I have seen God. I see Him as I see you here, only more clearly. God can be seen. One can talk to him. But who cares for God? People shed torrents of tears for their wives, children, wealth, and property, but who weeps for the vision of God? If one cries sincerely for God, one can surely see Him.

Vivekananda was so much impressed with this meeting that he started visiting Ramakrishna daily when he felt: “religion could be given. One touch one glance can change a whole life”.[6]

Narendra felt amazed as this was the first time he was meeting someone who could say that he had met or experienced God. He also understood those were not mere words, but words uttered from deep inner experiences. He left Dakshineswar and came back to Calcutta in a highly puzzled and bewildered state of mind.

The first meeting with Ramakrishna so much puzzled the young mind for Narendra that he was feeling anxious to meet Ramakrishna again. He finally went to meet him for the second time on a weekday.  During the second meeting, he had another strange experience. When he was talking to Ramakrishna, Ramakrishna suddenly placed his right foot on Narendra's chest and Narendra started feeling unconscious, he felt as if everything around him, the rooms, the walls, the temple garden were vanishing away. Narendra got scared and cried out "What are you doing to me? I have my parents, brothers, and sisters at home." Ramakrishna laughed and moved his foot from his body. He restored his consciousness and said "All right, everything will happen in due time."

Narendra became even more puzzled and felt that Ramakrishna had “hypnotized” [initiation, nagual’s blow, transmisie initiatica] him. He also felt disgusted as he apparently could not resist Ramakrishna from influencing him.

Narendra went to meet Ramakrishna for the third time. This time he was very scared after his last experience. Ramakrishna welcomed Narendra and started talking with him. Narendra was trying to stay alert and not to be “hypnotized” once again by Ramakrishna. Ramakrishna took him to the adjacent garden and touched him. Narendra failed to resist Ramakrishna's will power and became unconscious. Ramakrishna later said, after making Narendra unconscious, he asked him many questions such as his previous works, his future aims etc. After receiving answers to his questions, Ramakrishna felt assured and later he told other disciples that he was confident that Narendra had attained "perfection" in his previous birth. On 15 November 1244, a man in a black suit from head to toe came to the famous inn of Sugar Merchants of Konya. His name was Shams Tabrizi. He was claiming to be a travelling merchant. As it was said in Haji Bektash Veli's book, "Makalat", he was looking for something which he was going to find in Konya. Eventually he found Rumi riding a horse.

A second version of the tale has Shams passing by Rumi who again is reading a book. Rumi regards him as an uneducated stranger. Shams asks Rumi what he is doing, to which Rumi replies, "Something that you do not understand!" At that moment, the books suddenly catch fire and Rumi asks Shams to explain what happened. His reply was, "Something you do not understand."[5]

Another version of the first encounter is this: In the marketplace of Konya, amid the cotton stalls, sugar vendors, and vegetable stands, Rumi rode through the street, surrounded by his students. Shams caught hold of the reins of his donkey and rudely challenged the master with two questions. “Who was the greater mystic, Bayazid [a Sufi saint] or Muhammad?” Shams demanded. "What a strange question! Muhammad is greater than all the saints," Rumi replied. "So, why is it then that Muhammad said to God, ‘I didn’t know you as I should have,’ while Bayazid proclaimed, ‘Glory be to me! How exalted is my Glory! [that is, he claimed the station of God himself]?" Rumi explained that Muhammad was the greater of the two, because Bayazid could be filled to capacity by a single experience of divine blessings. He lost himself completely and was filled with God. Muhammad's capacity was unlimited and could never be filled. His desire was endless, and he was always thirsty. With every moment he came closer to God, and then regretted his former distant state. For that reason he said, “I have never known you as I should have.” It is recorded that after this exchange of words, Rumi felt a window open at the top of his head and saw smoke rise to heaven. He cried out, fell to the ground, and lost consciousness for one hour. Shams, upon hearing these answers, realized that he was face to face with the object of his longing, the one he had prayed God to send him. When Rumi awoke, he took Shams's hand, and the two of them returned to Rumi's school together on foot.

After several years with Rumi in Konya, Shams left and settled in Khoy. As the years passed, Rumi attributed more and more of his own poetry to Shams as a sign of love for his departed friend and master. In Rumi's poetry Shams becomes a guide of Allah's (Creator) love for mankind; Shams was a sun ("Shams" means "Sun" in Arabic) shining the Light of Sun as guide for the right path dispelling darkness in Rumi's heart, mind, and body on earth. The source of Shams' teachings was the knowledge of Ali ibn Abu Talib, who is also called the father of sufism.[6][7]

According to contemporary Sufi tradition, Shams Tabrizi mysteriously disappeared: some say he was killed by close disciples of Mowlana Jalaluddin Rumi who were jealous of the close relationship between Rumi and Shams, but according to many certain evidences, he left Konya and died in Khoy where he was buried. Sultan Walad, Rumi's son, in his Walad-Nama mathnawi just mentions that Shams mysteriously disappeared from Konya with no more specific details.[8][9]