Annual survey shows sharp cuts to local authority funding have led to the loss of 17% of branches, alongside sharp staff and funding shortfalls 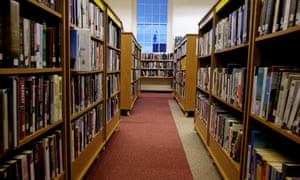 ‘This is the shape of today’s local authorities’ … Woolton library in Liverpool, which is now closed. Photograph: CHRISTOPHER THOMOND / The Guardiam/Christopher Thomond

The Chartered Institute of Public Finance and Accountancy’s (Cipfa) annual survey of the UK’s libraries, excluding Northern Ireland, shows there are 3,583 library branches still open in the UK – 35 fewer than last year. Since 2010, 773 have closed.

The number of paid librarians has also plummeted. In 2009/2010, the point marking the start of the Tory-led government’s austerity drive, there were 24,000 salaried staff working in libraries. Last year, there were 15,300 employees and more than 51,000 volunteers. 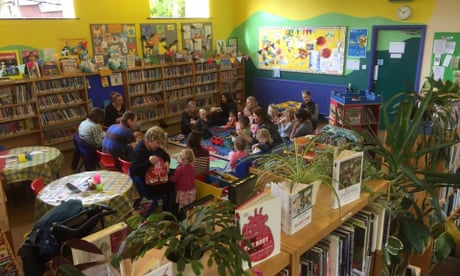 Do libraries run by volunteers check out?

As the number of branches and paid staff have declined, so have library visits: there were 226m visits to libraries over the last year, compared with 315m in 2009/2010.

Cipfa chief executive Rob Whiteman said that while spending had increased slightly in the last year, the figures showed a sustained trend where local councils on tight budgets had been forced to redirect funding to priority services such as social care.

“This is the shape of today’s local authorities. As the country prepares to go to the polls, candidates should be having honest conversations with the public about the role of local government, and the future of lower priority services such as libraries,” Whiteman said.

Earlier this week, Boris Johnson was asked by the BBC’s Andrew Marr about library closures, with the prime minister appearing to offload the blame on to local authorities, who have undergone dramatic cuts over the past decade. This year, council leaders warned that one in five councils might have to impose drastic spending controls....

Johnson told Marr: “We want to be spending more. We want to be supporting local authorities. But some local authorities have been able to manage their finances so as to open libraries. I give you the example of my own borough of Hillingdon in west London, where they opened libraries … I want to invest in libraries, but we can only do that when we get the economy really motoring.” The prime minister said this could be achieved by “getting Brexit done”.

Sign up for Bookmarks: discover new books in our weekly email

“Secondly, while we are delighted that Mr Johnson’s local council has been able to invest in libraries, the fact that many cannot has less to do with sound financial management and more to do with the cuts of around 30-40% handed down to them by the previous Conservative government. This is why we have called for a fair funding settlement for local government, to reverse the emergence of library ‘haves and have-nots’ across the country,” said Poole.

“Finally, Mr Johnson appears to suggest that the country can only afford libraries when there has been an economic recovery. As we have commented time and again, this is a fundamentally misguided policy. By investing in libraries, you create opportunities for education and skills across the country, which in turn creates the conditions for future economic growth.”

• This article was amended on 6 December 2019 to restore the word “not” (lost in editing) in this assertion attributed to Nick Poole: Local library services are not the responsibility of local councils alone. The presence of the Liberal Democrats in the 2010 cost-cutting government was also noted.