A Land Inheritance Dispute in Gozo in 1485 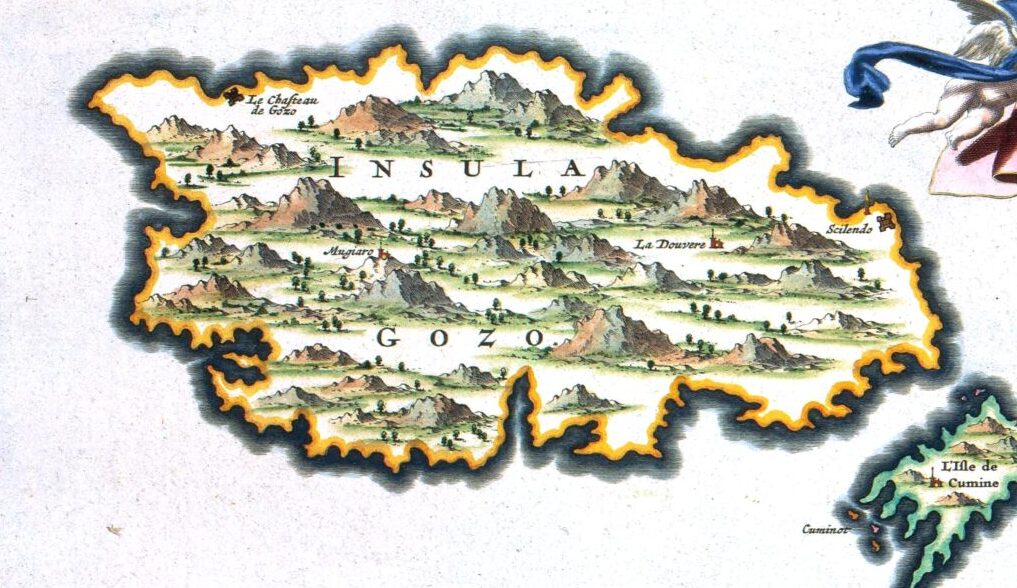 A Land Inheritance Dispute in Gozo in 1485

Introduction: On 8 and 9 February 1485 witnesses were heard on behalf of Joanni (or Johannes) de Bonnichio (Bonnici) and the cleric Gullielmus Kinzi against Petrus, Jacobus and Liuni de Pontremoli in the court of the town mayor of Gozo, the depositions of whom were on 2 March 1485 transferred to the court of the bishop’s vicar in the same island. In the proceedings which were instituted by Johannes de Bonnichio, Johannes Mintuf stated that on the preceding Friday, 4 February 1485, while he was at his farmhouse in the district of Għammar he heard a great noise and loud voices coming from the direction of the vineyard and farmhouse belonging to Johannes de Bonnichio located at TalGħamburi.

Having gone to see what it was all about, he found Johannes Bonnichio, Gullielmus Kinzi, Angelus Farruge and Laurencius, the slave belonging to donna Perna, the mother of the plaintiff, working in their vineyard called Iċ-Ċanta, which used to belong to Andreas Bonnichi, Perna’s son. Inside the same vineyard there were Jacobus de Pontremoli and his brother Liuni, two of the accused, who were quarrelling with the others. The Pontremoli brothers had their swords drawn, while Johannes de Bonnichio was telling them, ‘Away. God be with you! I do not want to quarrel or fight with you.’ The other two, however, burst into insults in the common speech of Gozo, ‘Son of a miserable slut, fucked in her arse. Get out of the place you have entered, get out!’

Jacobus told the plaintiff Johannes, ‘See with whom I have come to fight! The son of a miserable stinking slut, fucked a hundred times in her arse’, while Liuni told Johannes, ‘If I get hold of your shit-beard with my hands I’ll show you!’ Johannes told him in front of Perna his wife in the same language of Gozo, ‘You miserable worthless man! You lout, you shit-beard!’ while Johannes merely said, ‘Go, God be with you, you have nothing to do with me,’ both Liuni and Jacobus repeatedly rushing in on him in their great anger to beat him, while the cleric Laurencius de Pontremoli, Liuni’s brother, threw well-aimed stones at Johannes and at the cleric Gullielmus Kinzi and their companions from the top of the fieldwall. Johannes Mintuf, the craftsman Antoni Sabbath and Angelus Farruge did their best to keep the two sides apart.