A genetic perspective on Longobard-Era migrations 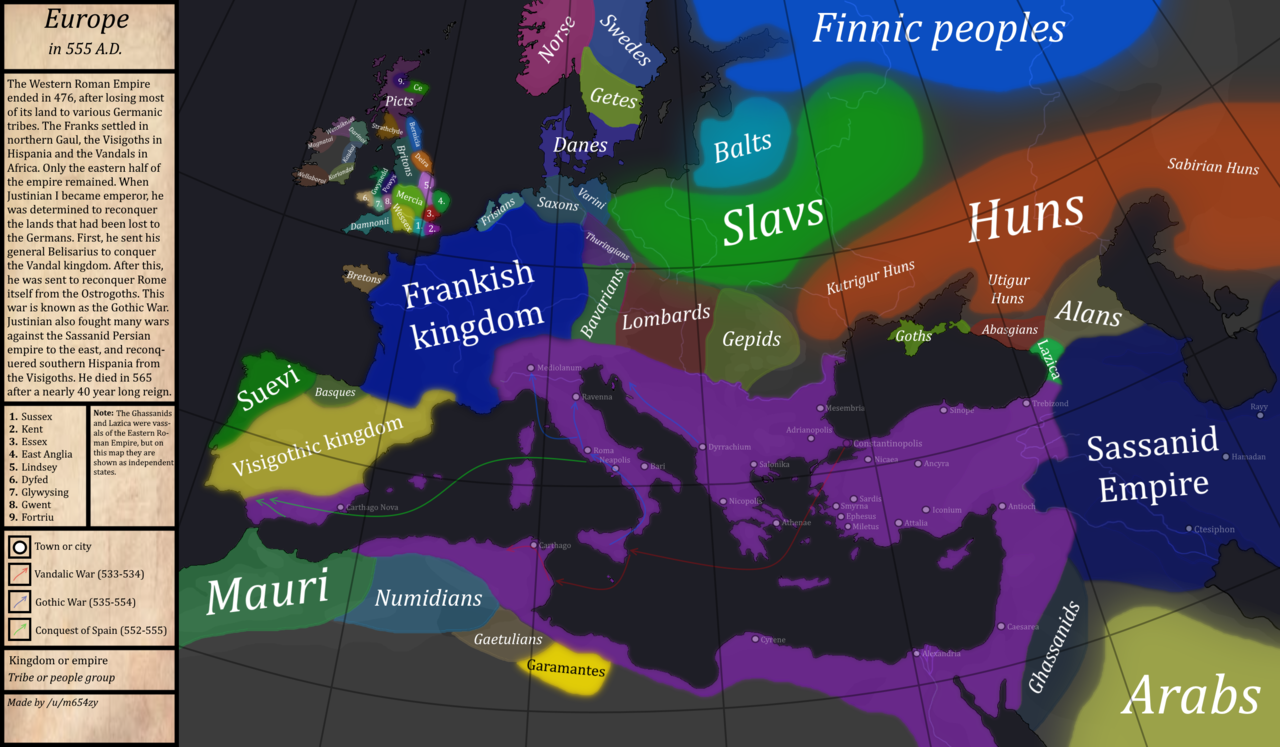 A genetic perspective on Longobard-Era migrations

Abstract: From the first century AD, Europe has been interested by population movements, commonly known as Barbarian migrations. Among these processes, the one involving the Longobard culture interested a vast region, but its dynamics and demographic impact remains largely unknown. Here we report 87 new complete mitochondrial sequences coming from nine early-medieval cemeteries located along the area interested by the Longobard migration (Czech Republic, Hungary and Italy).

From the same areas, we sampled necropoleis characterized by cultural markers associated with the Longobard culture (LC) and coeval burials where no such markers were found, or with a chronology slightly preceding the presumed arrival of the Longobards in that region (NLC). Population genetics analysis and demographic modeling highlighted a similarity between LC individuals, as reflected by the sharing of quite rare haplogroups and by the degree of genetic resemblance between Hungarian and Italian LC necropoleis estimated via a Bayesian approach, ABC. The demographic model receiving the strongest statistical support also postulates a contact between LC and NLC communities, thus indicating a complex dynamics of admixture in medieval Europe.

Introduction: According to historical records, around the first century CE a Germanic population called “Longobard” was settled in the northern Elbe basin. Around 500 CE the term “Longobard” reoccurs in the region north of the middle Danube, including Pannonia, and three generations later, in 568 CE, a people referred to as Longobards invaded and conquered much of Italy . The geographical spread of the word “Longobard” might evoke a quite large migratory phenomenon; however, the effective impact of the Longobard migration is still highly debated. There is a clear connection between the material culture of Pannonia and Italy at the end of the 6th century, suggesting strong interaction and communication – possibly as a result of a migration recorded in written sources – between these two regions. Archaeological and written sources, however, are open to different interpretations, and are unable to tell us whether such similarities in the material culture result from commercial exchanges or from migration.